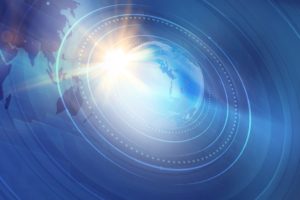 As part of the war of information and counter-information being fought alongside the military war on the ground between Russia and Ukraine, the Kremlin has also imposed an internet ban in recent days.

However, the ban, which could soon affect the entire internet network, in effect disconnecting the country from the rest of the world, has allegedly been circumvented by many online news sites, such as the BBC and the New York Times, as well as Facebook and Twitter, which are said to be able to surf the country despite the ban imposed by the Moscow authorities.

How the ban was circumvented

Some of the sites that have been blocked in Russia since 4 and 5 March have been able to use specific software to go online, despite the restrictions imposed by the Soviet authorities. One of these would be the Tor browser, as Twitter itself has revealed in recent days, which would allow access to blocked sites.

The name is supposedly an abbreviation of “The Onion Routing”, which explains what would make Tor so secure and make blocking and censorship operations futile when using it.

The software uses several higher layers of encryption, which wrap every Internet connection like a sort of onion skin. Neither the content of the Internet activity nor the destination addresses can be displayed, making it impossible for state censorship authorities to distinguish between permitted and prohibited websites and thus allowing navigation even by those who could not transmit.

Another system used to circumvent the Russian authorities’ attempts to block or censor websites is the so-called virtual private network or VPN, which allows users to hide their positions, making it very difficult for those who intend to block access from that IP address to recognize them, thus making surfing private in practice.

VPN service provider Surfshark said its weekly sales in Russia had increased by 3,500% since 24 February, with the most significant spikes recorded from 5 March to 6 March when Facebook and other Western social and online news sites were blocked.

“Such a rapid surge means that people living in Russia are actively looking for ways to avoid government surveillance and censorship”,