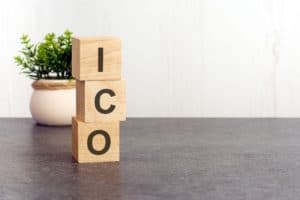 The most important ICO of 2022

Every day there are several crypto projects being launched. Usually, the first step is to organize pre-sales with the tokens sold at extremely cheap prices. However, only those with large amounts of capital can actually participate in these sales.

Lucrosus Capital recently totaled $500,000 with its Public Sale, and opened its own LUCA Launchpad ICO on Lucroso.capital.

It is the first gamified decentralized platform (DeVC) for venture capital. Its goal is to give everyone the opportunity to participate in the most profitable crypto projects during the early stages of placement, when token purchase prices are very low.

Holders of the $LUCA token can thus participate in shared allocation programmes, whereby they will be offered a portion of the new tokens acquired by Lucrosus Capital.

Users can choose how much they invest, and the amount they can invest depends on the level they belong to. The level depends on the number of $LUCA tokens owned:

Each phase has a maximum limit of one million tokens issued, and the price increases by 1%.

In addition, by recommending the ICO to friends with a referral link, you can earn 15% in ETH and 30% in LUCA of what you invest. In this way your friends in turn get an additional 5% of the LUCA purchased.

The LUCA team consists of 12 experienced people, including a member of the supervisory board of the largest bank in Central Europe, and a two-time winner of the national economics Olympiad.

It is also possible to read the project’s whitepaper online and follow the company on Twitter, on Medium, on LinkedIn, or via Telegram.

*This article has been paid for. cryptodailynews24.com did not write the article or test the platform.

The post The most important ICO of 2022 appeared first on cryptodailynews24.com.