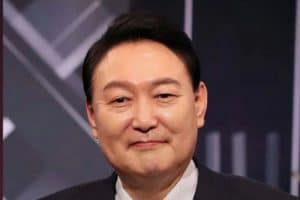 In South Korea, a deepfake conquers politics. This is the case of presidential candidate Yoon Suk-yeol, who used AI Yoon, his avatar, for his election campaign and won.

The deepfake wins in politics: the case of Yoon Suk-yeol in South Korea

According to reports, presidential candidate Yoon Suk-yeol wanted to use the ‘deepfake’ with AI Yoon to carry out his election campaign, achieving victory earlier this month.

Deepfake refers to an artificial intelligence (AI)-based human image synthesis technique used to combine and superimpose existing images and videos with original videos or images through a machine learning technique known as a generative adversarial network.

In practice, Yoon Suk-yeol’s campaign team deployed AI Yoon, a digital character who looks like Yoon (only younger), dresses like him (but cooler) and talks like him (but more irritating).

The team was selected by a public audition, and includes people aged 23 to 38, including a start-up founder, a former professional gamer, a psychiatrist and a home improvement shop manager.

Presidential elections have just been held in South Korea

South Korea, the deepfake to connect with young people

The original campaign of the current President of South Korea might make people think about the way politics is done and how a deepfake or a digital and brazen look is now what a politician needs to connect with people, especially the young.

This AI-based technique is allowed in South Korea and, indeed, given the result, is expected to become a global trend. Obviously, among the ground rules for using a deepfake like AI Yoon in election campaigns, there has to be a declaration that they are digital creations, do not incite violence and do not lie or spread “fake news”.

The positive result of AI Yoon’s campaign can only confirm that the avatar has made Yoon Suk-yeol’s image as a better leader than many flesh-and-blood politicians in major democracies.

The team created 29 short YouTube videos on Yoon’s and the party’s pages, discussing policy ideas and generating more than 14.5 million views, in a country of 52 million people.

The new president is crypto-friendly

In addition to the deepfake and an all-digital campaign of his own, South Korea’s new president has also been described as crypto-friendly.

Officially taking office on 10 May 2022, Yoon is expected to deliver on all his promises made in the cryptocurrency sector.

Not only that, Yoon has already pledged to increase the threshold for paying capital gains tax on Bitcoin and other cryptocurrency gains from $2,000 to $40,000, making him one of the most generous in the world when it comes to tax breaks for the cryptocurrency world.