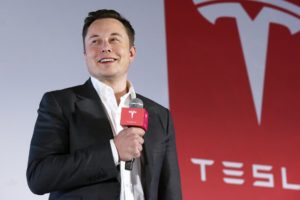 Elon Musk: I’m not selling my Bitcoin, Ethereum and Dogecoin

Elon Musk will not sell his Bitcoin, Ethereum and Dogecoin. The eclectic CEO of Tesla said this in a tweet in response to Michael Saylor, CEO of Microstrategy.

Elon Musk holds on to his Bitcoin

It all stems from an initial tweet in which Elon Musk asked his followers what they thought about inflation in the US.

What are your thoughts about probable inflation rate over next few years?

This tweet was answered by Michael Saylor, CEO of Microstrategy. Before going any further, it is worth noting that Microstrategy and Tesla are two of the companies that have a significant amount of Bitcoin on their balance sheets.

“It is not entirely unpredictable that you would reach that conclusion”.

“As a general principle, for those looking for advice from this thread, it is generally better to own physical things like a home or stock in companies you think make good products, than dollars when inflation is high.

I still own & won’t sell my Bitcoin, Ethereum or Doge fwiw”.

Bitcoin as a safe haven

With these words, Elon Musk seems to confirm that he considers cryptocurrencies, or rather, those three cryptocurrencies mentioned, as a safe haven asset that may not be affected by what will happen to the US dollar.

This is the debate that is engaging many analysts these months: can Bitcoin provide a hedge against inflation? Certainly BTC’s policy is deflationary: the amount of BTC that can ever be mined is fixed at 21,000,000 coins, so this should lead to an increase in the price precisely because of its low availability.

It is a different matter if we talk about Ethereum and Dogecoin, which do not have a limited supply. So their appreciation depends not only on the tokens in circulation but also very much on the technical progress of their respective projects.

In any case, BTC, ETH and DOGE are increasingly moving out of the niche and into the mainstream.

BTC, ETH and DOGE did not react to Elon Musk’s words

End of the Musk effect

Despite these statements, the three cryptocurrencies brought up are not experiencing the usual price pump. On the contrary, at the time of writing this article, Bitcoin is losing 0.85% and stands just below $39,000.

Dogecoin also loses 1.16% and is now trading at 11 cents on the dollar.

This is a sign that the market has become disengaged from the words of Elon Musk who at other times managed to drive the price of Bitcoin and Dogecoin up and down with his tweets.

The post Elon Musk: I’m not selling my Bitcoin, Ethereum and Dogecoin appeared first on cryptodailynews24.com.