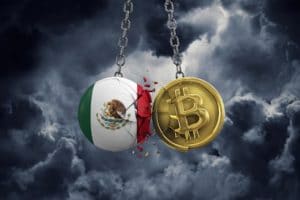 A rumour has been circulating in recent days that Bitcoin could be declared legal tender in Mexico, as El Salvador did last year.

The case of El Salvador, amidst pros and cons

However, at this moment there is no confirmation that the Mexican state is seriously considering this hypothesis.

Since El Salvador announced that it has declared Bitcoin legal tender in the country, many other countries have started to discuss this possibility.

In fact, so far the balance of this decision seems quite positive, albeit with pros and cons. In particular, the fact that the value of BTC has not increased significantly since it became legal tender in El Salvador in September 2021 does not allow it to be declared a resounding success.

However, from an operational perspective, many Salvadorans abroad have begun sending remittances to their homeland using Bitcoin wallets with the Lightning Network, significantly reducing the time and cost of these transactions.

Many other countries around the world where remittances from abroad play a significant role could look with interest at the example set by the small Central American country.

Several countries are considering introducing Bitcoin as a fiat currency

Other countries looking at Bitcoin

One of the first countries to consider following suit was Paraguay, but so far no final decision has been made.

The Tonga Islands also seemed to be interested, but then a major cataclysm diverted attention.

One of the Latin American countries where cryptocurrencies are already more widespread is Brazil, where the possibility of making Bitcoin legal tender has been under discussion for months.

Against this backdrop, it is fair to imagine that politicians in Mexico are also considering this possibility, although at the moment it still seems a long way from becoming a reality.

Indeed, a recent report by the UNODC (United Nations Office on Drugs and Crime) reveals that some Mexican drug cartels, such as Jalisco New Generation Cartel and Sinaloa Cartel, are increasingly using Bitcoin for their illicit operations.

In addition, the Financial Intelligence Unit of Mexico (FIU) has detected 12 crypto exchanges operating in the country without the proper legal permissions, and which are likely to have drug cartels among their clients.

So while this means that Bitcoin is indeed increasingly being used in the country, it may also be increasingly seen as a tool that helps criminals. However, if public BTC transactions prove useful to law enforcement in tracking the movement of criminal funds, then eventually this could even prove to be good for Bitcoin in the country.

What is certain is that, unlike El Salvador, the process of adopting Bitcoin as legal tender in other countries is much slower and more careful.