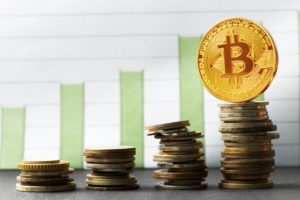 Can Bitcoin be used to circumvent sanctions?

Since Russia invaded Ukraine, many Western countries have imposed heavy sanctions on the country. Among these sanctions are several designed to prevent Russians from using electronic money abroad. Could Bitcoin be a solution to evade these sanctions?

How Bitcoin can circumvent sanctions

To date, Russians find it very difficult to use forms of electronic money in Western countries, or in other countries where Western payment and money transfer circuits such as Visa, Mastercard or SWIFT are widely used.

Bitcoin could be an answer. While governments can force operators of centralized money exchange services to block or limit certain transactions, they cannot do this with the Bitcoin protocol.

Not only is the Bitcoin protocol not centralized, but above all it does not allow anyone to modify or control it. There is no system in place to block or limit transactions, so not even governments are able to do this.

However, this reasoning can only be made for so-called P2P transactions, i.e. those from one non-custodial wallet to another.

Non-custodial wallets are those that give the user sole possession of the private keys necessary to move their BTC. If the user has access to the Internet, with those private keys he can send his BTC to any address he wants to send them to, without anyone being technically able to prevent or hinder him from doing so.

The risk of custodial wallets

But if the user uses a custodial wallet, this reasoning does not hold.

These custodial wallets require that the private keys are held by the wallet manager, and not by the user. These managers are usually companies operating in a particular country, i.e. under the control of their government.

Governments are therefore able to block or restrict transactions on custodial wallets operated by companies within their territory.

This is one of the reasons why it is always advisable to keep your BTC on a non-custodial wallet if possible, and not on a third-party wallet, such as an exchange wallet.

Moreover, those who do not have BTC on non-custodial wallets and want to acquire them with fiat currency may in fact face the same problem, because centralized exchanges, subject to government control, are generally used for such purchases.

So Bitcoin can only allow Russians to send and receive money to and from abroad if they use BTC already stored on non-custodial wallets. Otherwise, they need to buy them from some non-Russian, or non-blocked, user and have them sent to their non-custodial wallet.

But there is another consideration.

Russia without the internet?

If Russia does indeed decide to prevent its citizens from accessing the internet, it may be very difficult for them to use BTC with non-custodial wallets, because in order to use them they need to connect to Bitcoin nodes around the world and send transactions to the network. However, this seems to be only a potential scenario so far, because Russian citizens are apparently still able to connect to the Internet in one way or another.

It is therefore a relatively complex, and certainly not trivial, scenario, which in theory could allow someone to use Bitcoin to circumvent sanctions. In reality, as things stand, this solution is probably not available to a large part of the population.

The post Can Bitcoin be used to circumvent sanctions? appeared first on cryptodailynews24.com.