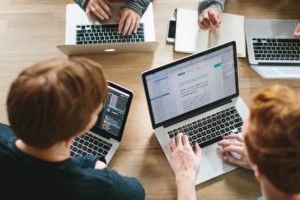 Stripe opens to Crypto and NFTs

Stripe backtracks and opens up support for cryptocurrencies and NFTs

In October last year, the Californian company Stripe announced in a statement that it would form a team of experts to work on Web3 payment services.

The news had caused a stir following the 2018 withdrawal of the ability to pay in Bitcoin on its platform.

The gap had been filled by other software but now Stripe has retraced its steps and with a tweet the company’s founder John Collison announced the news.

Stripe’s payment services are available to US, UK, European companies while as far as Non Fungible Tokens (NFT) are concerned, these are also accessible to Japanese companies.

Web3, which is “the new internet”, is a new way of interpreting the web based on blockchain technology.

Stripe has been investing in this field for a long time now and now has various agreements with companies such as FTX, FTX US, Nifty Gateway, Just Mining and Blockchain.com.

In addition to the various services offered, the company has also been involved in NFTs.

With the launch of Cube Thingies, Stripe bridges this gap and launches its own reference collection.

NFTs (Non-Fungible Tokens) are tokens that, through Blockchain technology, because they are not replicable, allow their owners to have ownership and rights to digital, artistic or other resources.

From leader to outsider and back again

From 2014, when it applied for and succeeded in becoming the main hub for exchanging and making payments with Bitcoin, until today, Stripe has come a long way, perhaps not always forward, but it has.

In the same way that Bitcoin has had good times and not-so-good times, one of them began in 2018 as we mentioned earlier.

The decision that year to discontinue cryptocurrency payments undermined the company from its position as the leading platform for virtual currency payments only to make a comeback last winter with a major turnaround.

Payment solutions in Bitcoin, or virtual currencies in general, are increasingly on the agenda and with Thursday’s announcement John Collison and co. are back on top at a time when transaction fees remain high.

The company continues to invest in expanding and improving its services and is continually looking for engineers and developers for its needs.

The work will cover various aspects, user interface, web, mobile devices, backend, payments and KYC (Know Your Customer), i.e. the set of steps necessary for institutions and professionals to file users who make use of a given service.

The post Stripe opens to Crypto and NFTs appeared first on cryptodailynews24.com.