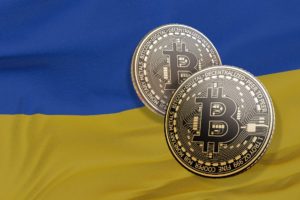 1/6 I understand the rationale for this request but, despite my deep respect for the Ukrainian people, @krakenfx cannot freeze the accounts of our Russian clients without a legal requirement to do so.

Russians should be aware that such a requirement could be imminent. #NYKNYC https://t.co/bMRrJzgF8N

Powell initially stated that without a legal requirement he would never voluntarily block Russian accounts, as this would be contrary to the spirit of disintermediation and freedom around which the cryptocurrency concept was born.

In a subsequent Tweet, he also spoke about politics and the sense of democracy, going so far as to point out the dangers of demonizing Russia and its citizens.

Blocking trade with Russians is bad. Russians aren't going to rise up stage a coup. What's going to happen is everyone who relied on international trade — artists, devs, lawyers — will become dependent on the state, maybe even take jobs supporting the invasion in order to eat.

He then entered into a direct dispute with American politicians and their supposed defence of democracy against Russian tyranny by stating very clearly that if he were to freeze the Russians for war he would have to do the same with Americans.

“If we were going to voluntarily freeze financial accounts of residents of countries unjustly attacking and provoking violence around the world, Step[One] would be to freeze all the US accounts”,

Kraken and the aid programme for Ukraine

As for Kraken’s proposed aid program, it will begin by providing $1,000 worth of Bitcoin on 10 March to all Ukrainian customers who created an account before 9 March and have an intermediate or pro account. Subsequent tranches will be distributed throughout the year, as well as other aid.

“As part of the effort, Kraken will also donate an amount equivalent to the total trading fees paid by clients based in Russia in the first half of 2022 to the aid package”.

A note from the company reads.

Powell explained this effort by the company in Ukraine in a recent tweet:

My 3 favorite things about this $10m+ aid package to our clients in #Ukraine
1. We're giving directly to the people in need
2. It's enough to be helpful
3. The more our Russia-based clients trade, the bigger the donation to our UA clients will be. The fee-to-donation ratio is 1:1 https://t.co/zTfom5u9ic

Aid to Ukraine from crypto exchanges

Kraken’s decision follows that of the world’s largest exchange, the Chinese Binance, which days ago proposed an $11 million aid campaign for Ukraine through its charity. It also raised another $12 million through a sponsored crowdfunding initiative.

Finally, FTX has proposed to help Ukrainian users by giving $25 to each customer living in the areas affected by the conflict.