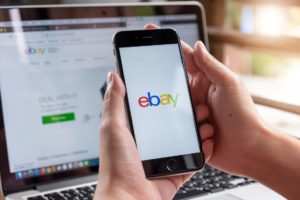 eBay unveils digital wallet but it won’t be for crypto

eBay has unveiled a digital wallet and this has rekindled rumours about the possible introduction of cryptocurrencies as a means of payment.

eBay’s digital wallet was unveiled directly by CEO Jamie Iannone during a meeting with investors. During this Investor Day, the CEO presented long-term strategies for growth and unveiled new eBay products and features.

Among them is the digital wallet, but this does not currently involve cryptocurrencies. According to what has been explained, it will be a digital wallet where the proceeds of sales will be kept to invest in the next purchase or with which to pay the costs of the sale.

Basically, it will be a wallet linked to the account where you can have money deposited, without having to resort to external forms of payment. Not a single mention of cryptocurrencies at the moment.

“Over the past two years, we have fundamentally changed the trajectory of our marketplace. We have demonstrated we can improve customer satisfaction, accelerate our growth, help sellers thrive and attract and retain enthusiast buyers,” said Jamie Iannone, Chief Executive Officer at eBay. “We are building an eBay for the future by doubling down on what we do best – connecting sellers and buyers of non-new in season products. We see incredibly compelling growth potential in this market and believe it is our opportunity to win by sharpening our focus and continuing to create value through a tech-led reimagination of eBay. We have the right team and vision to deliver on our goals and continue returning value to our shareholders”.

Rumours have long been circulating that eBay is ready to accept cryptocurrencies. Those expecting yesterday’s Investors Day to be the occasion to make the official announcement, however, were disappointed.

In a May 2021 interview, an eBay spokesperson told Reuters that the platform was keeping an eye on cryptocurrencies.

In an even more recent interview with The Street, Iannone hinted at an openness to new forms of payment, but did not elaborate.

The fact that cryptocurrencies will sooner or later arrive on eBay is taken for granted by many. After all, the marketplace aims to attract a vast user base, including the so-called Gen Z, which seems to be very familiar with cryptocurrencies.

It remains to be seen when this integration will finally take place. It would be further confirmation that cryptocurrencies are moving out of the niche and into the mainstream.

The post eBay unveils digital wallet but it won’t be for crypto appeared first on cryptodailynews24.com.