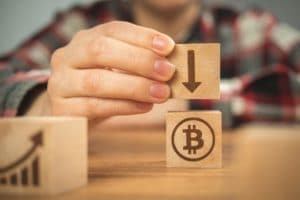 Bitcoin price below $40k: Biden’s boost is already over

Bitcoin’s price is experiencing a real pump & dump. Yesterday, the queen of cryptocurrencies had pushed past $42,000, gaining 8%. However, yesterday’s gain was totally wiped out today.

The announcement of US President Joe Biden’s signing of an executive order to begin regulating cryptocurrencies in the United States has sent the price of BTC into high gear.

As early as the morning, when news spread of the appreciation by Treasury Secretary Janet Yellen, BTC had already started to gain. The signing and the official announcement from the White House did the rest.

However, the enthusiasm seems to be already over: Bitcoin today loses 8% and is back below $40,000 again. At the time of writing this article, it is at $39,000. What happened? An explanation was provided to CNBC by Guy Gotslak, co-founder of investment platform My Digital Money:

“The executive order is, more than anything, defensive. The main goals of the EO are to protect the US’ financial position globally, make sure US regulations (both federal and global) are not circumvented using crypto, make sure crypto investors and users are protected legally, and that crypto as an industry is regulated in general”.

This is not a bad turn of events, let’s be clear, but, Guy Gotslak explains, the main aim is to protect investors but not to take steps to encourage the growth of the technology.

Bitcoin loses momentum after the crypto executive order is signed

Bitcoin probably hasn’t been strong enough to weather the turmoil the world is experiencing, particularly related to the war between Russia and Ukraine. That’s also what vice president of the exchange Luno Vijay Ayyar thinks:

“Hence while the market reacted positively to the statement, momentum wasn’t strong enough to surpass resistance”.

Heading towards the digital dollar

The executive order indicates that the US will embrace cryptocurrencies but does not explain how. So perhaps it is a little too early to rejoice.

What is certain is that the act signed yesterday by President Joe Biden also sanctions the official birth of the digital dollar project, as it explicitly mentions a future “U.S. central bank digital currency”.

It is likely that when it comes to digital currencies, while embracing innovation, the United States will never lose sight of the priority of making the US dollar even stronger, even in its digital version.

The post Bitcoin price below $40k: Biden’s boost is already over appeared first on cryptodailynews24.com.