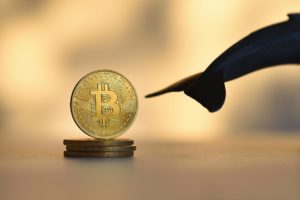 Bitcoin: a whale from 2010 awakens

The Bitcoin address of a whale from 2010 was reactivated yesterday.

The address of the dormant Bitcoin whale from 2010

This is the address 17QBWJCGV4QbQhLbhcS7d9yB2S7DPLf4N9, whose first transaction dates back to 28 October 2010.

Prior to yesterday’s transaction, the address had never sent any BTC. In fact, it had only received BTC until June last year, although the only transaction of note was the first one, when it received 489.09 BTC.

Yesterday, just over 489 BTC was sent from this address, for a total of about $19 million.

The fact that all of the BTC held at that address were sent to a new address which had never before received any Bitcoin suggests that it could also just be a technical move, such as moving the funds to a cold wallet.

In October 2010 cold wallets did not yet exist.

It is worth noting that the address from which the 489.09 BTC was sent in October 2010 seems to have been part of a fairly active wallet at the time, from which several transactions from different addresses were initiated that month.

So it is safe to assume that it was a very active whale in 2010, but then effectively stopped being so for many years.

At the time, Bitcoin’s price was about to experience its first big bull run.

In 2010, the price of Bitcoin still had its first bull run

At the end of October 2010 the market price was around $0.2, but by early November it had almost doubled.

The post Bitcoin: a whale from 2010 awakens appeared first on cryptodailynews24.com.