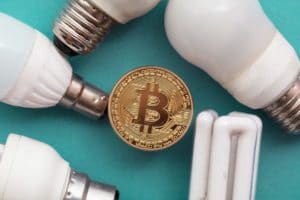 According to Anthony Pompliano, Bitcoin mining, using Proof-of-Work, will lead to energy independence.

It is not clear what he means by this, especially since mining consumes energy without producing it.

It is likely, however, that it has something to do with what he wrote to his newsletter subscribers on 24 February.

In that newsletter, he talked about the war between Russia and Ukraine, but also touched on topics such as energy sources and Bitcoin.

In particular, he referred to Bitcoin as a possible new global reserve currency, especially for those countries that want to break away from the US dollar. In this scenario he says that these countries will realize that Bitcoin will be essential for decades to come, and they will be able to mine BTC and conduct pro-Bitcoin activities within their own countries, gaining significant advantages.

So first and foremost, the eventual choice to use Bitcoin, and not the US dollar, as a global reserve currency could lead to a first step towards financial independence from the US.

According to Anthony Pompliano, Bitcoin mining will lead to energy independence

The path to energy independence with Bitcoin mining

In today’s tweet, however, Pompliano does not refer to financial independence, but to energy independence.

Certainly this is not an argument that can be extended to all countries in the world, as those without major energy sources are unlikely to achieve energy independence.

But if he is referring to the US in particular, it is possible that his basic reasoning has to do with monetizing the energy produced in excess.

In order to keep the electricity grid in perfect working order, it is necessary to produce more energy than is consumed. At present, there are no effective solutions for storing the excess electricity produced in this way on a large scale, and so it is continually being thrown away and wasted. This increases production costs without increasing revenues, and makes energy production less profitable overall.

Instead, utilizing the excess energy to mine Bitcoin, as is already happening in Texas for example, could reduce or even eliminate waste, making it much cheaper to use the energy locally than to export it.

The US exported 8.63 million barrels in 2021, but also imported 8.47 million. If they could reduce oil exports, they could also reduce oil imports, and perhaps achieve energy independence.

This theoretical reasoning may not necessarily stand up to reality, but certainly making it less convenient to export energy sources could help make the US less dependent on imported ones.