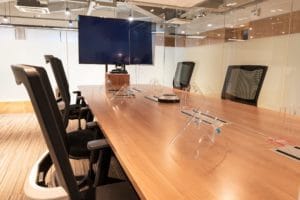 Cosmos Video 3.0: the tool for meetings in virtual environments

Cosmos Video 3.0 is the new tool for meetings in different virtual environments. Available today on Product Hunt, the new feature-packed app allows users to make one video call after another while their avatars move around in the virtual environment created.

The new Cosmos Video 3.0 is a tool dedicated to meetings by creating virtual environments in which users’ avatars interact while the users themselves participate in multiple video chats or video conferences.

As of today, the new app is live on the platform dubbed as the “Reddit of Products”, Product Hunt. Here’s the announcement on Twitter:

. Live today on @ProductHunt. Thanks @chrismessina for hunting us!

“The office where you get chased around by adorable penguins to start your day. Live today on @ProductHunt. Thanks @chrismessina for hunting us!”

The startup wanted to create a unique way to liven up video conferences at work and beyond. Remotely, sitting in front of a PC or walking around with your smartphone, Cosmos Video 3.0 offers the possibility to create virtual places by interacting with other users via video chat.

The aim of this project is to recover interaction situations similar to those people have in the real world.

In its description, Cosmos Video 3.0 lists a number of functions that can be had by using its app, which is already available for Android and iOS.

For example, the number of participants in a single conversation can be up to 70 people, and up to 12 videos can be viewed at a time per user. Screen sharing is also available in both modes, and it is possible to optimize for low bandwidth by sharing text or video. Several people can share the screen at the same time.

Data from video chats or video conferences is encrypted by default between the client and Cosmos. Whereas, for conversations where privacy is desired, meeting rooms can be locked to ensure no one has access.

In addition to these functions dedicated to the relationship between users, Cosmos Video 3.0 also allows the creation of virtual environments in which to express one’s personality.

One can create avatars of oneself, workspaces and even adopt a pet.

Gartner forecasts an hour a day in the metaverse by 2026

An analysis of the metaverse found that there will be a transition to new business models in the digital space that will lead to 25% of people spending at least one hour of their time in the metaverse by 2026, for education, relationships, entertainment, shopping and work.

In this regard, Gartner vice president Marty Resnick believes that the activities possible with this tool will eventually take place in a single metaverse with multiple destinations resulting from the merger of the various metaverses.

Resnick points out that there will be no owner of the metaverse and that, of course, cryptocurrencies will be the currency of exchange used, alongside NFTs.

The post Cosmos Video 3.0: the tool for meetings in virtual environments appeared first on cryptodailynews24.com.