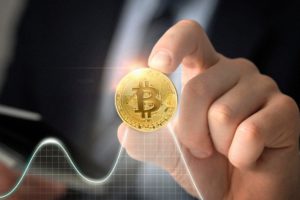 Bitcoin: the end of the downtrend

CryptoCompare’s new report for February 2022 has been published. One of the main points that emerged from this analysis is the interruption of the downward trend in the price of Bitcoin.

During February, however, Bitcoin recorded a 12.2% increase, making it the first month to close in positive territory after three months of consecutive losses. This increase, however, was mainly concentrated on the 28th of February, when the price of Bitcoin broke through resistance on the 50-day moving average to close the month at $40,329.

Furthermore, although the Bitcoin price trend in February 2022 has been mixed, it has tried to decouple itself from that of the stock market as most digital assets have seen positive returns while equity indices have fallen.

So it was a markedly different month to the previous three, both in terms of stopping the decline and decoupling from the stock market.

Moreover, the first few days of March are now confirming this new trend.

Despite some positive data, the crypto market remains bearish

As far as Ethereum is concerned, the most significant figure was the 46.7% reduction in total transaction fees, which fell to $715 million. This is the largest monthly drop in this metric in the last 12 months, and the first time monthly commissions have fallen below $1 billion since August 2021.

On the DeFi side, an interesting figure is that of the decentralized lending protocol Solend, which grew by 7.94% to reach a TVL of $583 million, making it the fifth-largest protocol in the Solana ecosystem.

The period as a whole therefore remains bearish, but at least the downward phase has been interrupted. It remains to be seen whether a new bull run can now be triggered or whether a lateral move is to be expected in the short term.

The post Bitcoin: the end of the downtrend appeared first on cryptodailynews24.com.