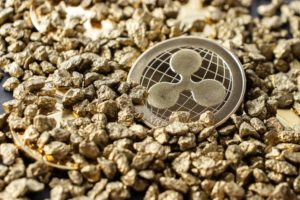 Will the Ripple-SEC lawsuit end in September?

The never-ending Ripple-SEC lawsuit may have a deadline. This is revealed by a court order circulating on Twitter, commented on by Jeremy Hogan, in which the crypto company reveals the rescheduling of the ongoing class action from the previously agreed date of 26 August to 18 November 2022.

Hogan believes that between September and October, the Ripple-SEC lawsuit could end.

According to a tweet posted by lawyer Jeremy Hogan, a court order would show Ripple’s request regarding the long-running lawsuit brought by the US Security Exchange Commission (SEC).

Thanks @Leerzeit for showing this court order to me; it makes me feel more confident in my September summary judgment prediction.

I think Ripple thinks it wins the SEC case in Sept/Oct and then this class action goes away due to "collateral estoppel."

“When will Ripple v. SEC case end? Ripple thinks it will end sometime between Aug. 26 and Nov. 18. In its pending class action, Ripple agreed to move the case start back to Nov. 18 in belief that the SEC case will be finished before then. Of course, it can settle ANYTIME.

Thanks @Leerzeit for showing this court order to me; it makes me feel more confident in my September summary judgment prediction.

I think Ripple thinks it wins the SEC case in Sept/Oct and then this class action goes away due to “collateral estoppel”.

In essence, Hogan, the XRP-friendly lawyer, has predicted that for the summary verdict the deadline will be September, while April/May would be the next settlement talks. In the court order, Ripple asked for the rescheduling of the ongoing class action from the previously agreed date of 26 August to 18 November 2022.

In one of his YouTube videos, Jeremy Hogan commented on the Ripple v. SEC case, wondering when it will end, and why it will end, by playing the SEC for 5 minutes.

In this regard, Hogan is reported to have pointed out that the SEC’s strategy is the right one, despite the many criticisms it has received for deletion of documents, contradictions, delaying tactics, not to mention the suspect handling of the XRP lawsuit.

“They don’t have a bad strategy right now. They’re trying to frame it in the exact same way that Judge Torres has already seen it, making it very simple. […] We have had the Howie test since 1934 with its clear four criteria. There is no reason why Ripple could not have read these tests in 2013. […] We don’t have to go to every company and explain the laws. It’s impossible to do that. They are absolutely looking at Ripple for profit”.

Essentially, lawyer Hogan says it will be 100% how they approach the case, although it is unknown how much evidence the plaintiff has to back up his claims.

The lawsuit between Ripple and the SEC could end in September

The lawsuit and the price of XRP

In late February 2022, Ripple’s other lawyer, James K. Filan, had shared positive news related to the lawsuit against the SEC, in which he shows two 2012 memos that he believes were favorable to Ripple.

These are memos that the SEC would be evaluating to try to figure out if XRP was sold by the company as a security, or not.

The good news, however, has not stopped the decline in XRP, which has also followed the trend of the major cryptocurrencies.

At the time of writing, the sixth largest crypto by market capitalization XRP is worth $0.72, which is not really on par with the $0.91 of just a month ago.

The post Will the Ripple-SEC lawsuit end in September? appeared first on cryptodailynews24.com.