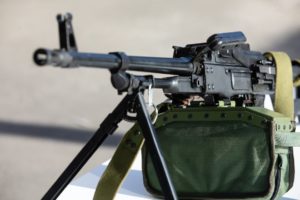 The Russia-Ukraine war and its impact on the tech sector

Tech magazine “The Information” has carried out a survey in recent days to measure the effects of the war on tech workers in Russia and Ukraine.

It interviewed 16 people to get first-hand accounts of the feelings and fears of those directly involved in the conflict.

Russia-Ukraine war, what is happening to the tech sector

The war is clearly also having a major impact on the technology sector, both because of the importance of the sector in Ukraine, where it accounts for almost 4% of the total GDP, and because of the Vice-President and Minister of Innovation, Mykhailo Fedorov, 32, who convinced Elon Musk in the space of a few hours to make the Starlink service available to his country, to facilitate access to the Internet through a constellation of over 1,800 satellites. According to some, his appeals have convinced the tech giants to withdraw their activities from Russia.

Only a year ago, Fedorov had 98 followers on Twitter. Today he has more than 200,000 followers and the number is growing every day. Through his tweets, the Ukrainian vice-president is trying to shift the military conflict in Ukraine into a global tech sector conflict against Russia

“While creating the Metaverse, Russia is ruining real life in Ukraine!”.

He tweeted this in recent days to Mark Zuckerberg, calling for a ban on Facebook and Instagram in Russia.

On Twitter two days ago, he also posted a letter that he addressed directly to Microsoft CEO Satya Nadella, urging him to stop the software giant’s activities in Russia.

More than any other industry perhaps, technology has a global workforce.  According to a 2018 report, 71% of tech workers in Silicon Valley were reportedly born abroad.  It’s no coincidence that tech companies have always been at the forefront of calling for less restrictive immigration laws to allow for the arrival of skilled workers from abroad.

It is therefore quite clear to understand how the Russian invasion in Ukraine is having a strong impact, not only economic, on those who work in this sector, as shown by the investigation of the online newspaper “The Information”.

Many companies, not just Elon Musk’s SpaceX, have in recent years outsourced many activities to the Ukrainian country, which has low-cost skilled labour and offered advantageous conditions for companies that moved their operations there. There are said to be more than 150,000 computer engineers in the country.

A significant factor is that although Ukraine does not have a large technology industry on its territory, it would play a very significant role in the production of semiconductors, the shortage of which has already been putting many production sectors in crisis for months.

The country produces half the world’s neon gas, which is used in the production of microchips.  The conflict therefore threatens to greatly increase the global shortage of chips.

The post The Russia-Ukraine war and its impact on the tech sector appeared first on cryptodailynews24.com.