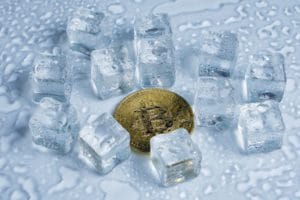 One of the particular effects of the Russia-Ukraine war is that it has succeeded in breaking Switzerland’s historic neutrality. Switzerland is now ready to freeze the cryptocurrency assets of Moscow’s oligarchs.

The Financial Times reported the sensational news that Switzerland is ready to freeze not only the physical and monetary assets of the Russian oligarchs, but also their crypto assets.

In fact, Switzerland broke with its historical neutrality by joining the sanctions imposed on Moscow by the European Union. It was almost a forced choice, because Bern did not want to become a hub for Russian activities that could have circumvented European sanctions in this way.

But it seems that Switzerland wants to go even further by freezing crypto assets.

It is obviously difficult to freeze cryptocurrencies held in private and often anonymous wallets, the only possible way is to block centralized exchange accounts registered to Russians. Only then would it be possible, in part, to prevent cryptocurrency transactions, trading, or conversion into fiat money.

This would also be the path the European Union wants to take, as French Economy Minister Bruno Le Maire explained:

“We are taking measures, in particular on crypto currencies or crypto assets which should not be used to circumvent the financial sanctions decided upon by the 27 EU countries”.

With its historic decision to adhere to the sanctions imposed by the European Union on Russia, Switzerland has already frozen the assets of Russian citizens and even restricted entry to personalities considered close to President Putin. It will also undertake to provide concrete support for the freezing of the SWIFT system.

The vademecum in case of nuclear war

An unusual decision was made to publish an online vademecum (handbook) on how to deal with a possible nuclear war.

Although President Putin has made it clear to his French counterpart Macron that he has no intention of attacking nuclear power plants, the risks remain high.

This is why Switzerland has taken action and published a guide on how to deal with the situation. The text states that Switzerland has 365,000 public and private shelters with 9 million places to protect the entire population. Among the recommendations, citizens are told to stock up on food and at least 9 litres of water per person. Finally, iodine tablets, which prevent the thyroid from absorbing radioactive iodine in the event of a nuclear accident, are distributed as a preventive measure.

The Swiss population hopes that it will not need to implement this plan. Unfortunately, however, negotiations are proceeding slowly and even the announced ceasefires to allow the evacuation of civilians are proving fragile.

The good news in this scenario is that Ukrainian President Zelenskyy is reportedly opening up to compromises such as guarantees not to join NATO and concerning the fate of Crimea and Donbas. Perhaps this will be enough for Putin to recall his armies to Moscow.