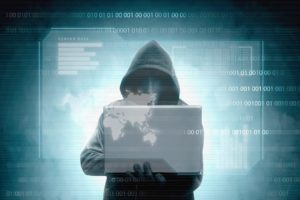 Microsoft claimed that its Threat Intelligence Center (MSTIC) detected “destructive cyber attacks directed against Ukraine’s digital infrastructure” just hours before the first missile launch or tank movement on 24 February. In other words, the first attacks of what is known as cyber warfare had already taken place before the invasion was even launched.

According to Microsoft’s computer security experts, there have been more than a hundred cyber attacks in various forms since then. But their effect has so far been mainly psychological. From now on, the war of cyber attacks will probably inevitably increase in intensity and severity.

Some 50 cyber groups are currently involved in the conflict, of which around 14 are Russian or Putin’s side, according to the CyberKnow website.

Dr Danny Steed, Professor of Cyber Security at Cranfield University in England, says that the conflict in Ukraine could represent a kind of test for future cyber wars:

“Russia has long been experimenting with cyber means to harass eastern European nations – from Estonia in 2007, to Georgia in 2008, and of course Ukraine since 2014. While Russia has specific ambitions for Ukraine in particular, the story of the way in which Russia uses cyber has been slowly developing over the course of more than 15 years”.

According to a Ukrainian cybersecurity official, more than 400,000 people have volunteered to help the Ukrainian government through so-called crowdsourcing, to use digital means to damage or slow the Russian advance.

Other hacker groups, including the world-famous Anonymous and Belarusian Cyber Partisans, have long been engaged in trying to use cyber tools to hack into Russian institutional and military sites to support Ukraine’s resistance.

“So far we have collected details on 150 cyber incidents, including information or propaganda events, and we’re starting to make our observations”,

said Martin Schulze, a cybersecurity expert at the German Institute for International Affairs and Security (SWP).

“The first is that we have yet to see the kind of thing that people fear most in a cyberwar”.

According to the experts, at the moment the cyber war seems to be focusing on Ukraine, despite the fact that Russia had been preparing for this field for months, which would strengthen the argument that the attack on Ukraine had already been planned and agreed upon for some time.