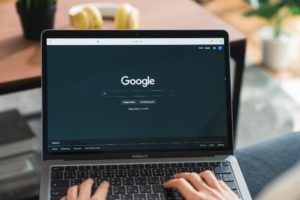 Google is buying cybersecurity company Mandiant in a deal worth $23 per share, in an all-cash transaction valued at about $5.4 billion.

The deal aims to improve the cloud computing business and strengthen security operations and consulting services.

Google announced that, through Alphabet Inc, it is buying the Mandiant cybersecurity company for a total of $5.4 billion. The deal is intended to strengthen Google Cloud’s existing strengths in security.

Mandiant also made the announcement on its Twitter channel:

Together with Google Cloud, we will deliver an end-to-end security operations suite and advisory services that address critical security challenges. Read on: https://t.co/O3Y7IIhStB pic.twitter.com/udMahj6REg

“Together with Google Cloud, we will deliver an end-to-end security operations suite and advisory services that address critical security challenges”.

The deal came just in time to snatch Mandiant away from Microsoft, which was apparently a suitor for the cybersecurity firm and all the companies investigating cyber attacks, including the recent breaches at News Corp and Nvidia Corp.

Not only that, Google’s $23-per-share offer represents a premium of about 53% to Mandiant’s share price levels before reports emerged Microsoft was looking at a deal.

Mandiant’s shares were down 3% in morning trading on Tuesday, while Alphabet was up 0.5%.

According to a report by Mordor Intelligence, the security software market is expected to double to $352.25 billion by 2026 from 2020.

In this regard, Thomas Kurian, CEO, Google Cloud said:

“Organizations around the world are facing unprecedented cybersecurity challenges as the sophistication and severity of attacks that were previously used to target major governments are now being used to target companies in every industry. We look forward to welcoming Mandiant to Google Cloud to further enhance our security operations suite and advisory services, and help customers address their most important security challenges”.

“There has never been a more critical time in cybersecurity. Since our founding in 2004, Mandiant’s mission has been to combat cyber attacks and protect our customers from the latest threats. To that end, we are thrilled to be joining forces with Google Cloud. Together, we will deliver expertise and intelligence at scale, changing the security industry”.

War and technology: the case of Google Maps in Ukraine

At the beginning of this tragic month, if viewed in the context of the Russian-Ukrainian conflict, it was revealed that Russian invasion could have been predicted on the basis of data from the live traffic function of Google Maps.

It is Jeffrey Lewis, a professor at the Middlebury Institute in California and a computer expert who is reported to have said that it would be possible to see the invasion from the traffic app.

Specifically, while Vladimir Putin had announced his “special military operation in the Donbas”, it would have been possible to see with Google Maps that the traffic jam (coming from the mobile phones of Russian soldiers) was actually in another region of Ukraine, north of Kharkiv.

In this sense, Lewis argues how technology can actually help predict human actions during these tragic moments.

And indeed, the search engine giant, Google, has since announced that it has disabled its own Live traffic function in Ukraine, to protect users in their attempt to escape the war.

The post Google strengthens cybersecurity with Mandiant for $5.4 billion appeared first on cryptodailynews24.com.