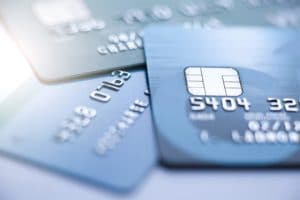 Visa and Mastercard decided on Saturday to suspend all their active services in Russia, in response to the attack by Moscow troops on Ukraine

“We are compelled to act following Russia’s unprovoked invasion of Ukraine, and the unacceptable events that we have witnessed”,

“We regret the impact this will have on our valued colleagues, and on the clients, partners, merchants and cardholders we serve in Russia. This war and the ongoing threat to peace and stability demand we respond in line with our values”.

Mastercard explains its action in a note stating:

“We don’t take this decision lightly. Mastercard has operated in Russia for more than 25 years. We have nearly 200 colleagues there who make this company so critical to many stakeholders”.

Visa and Mestarcard have suspended services in Russia

Why Visa and Mastercard took a stand on the war

According to some, the decision of the two payment card giants was based on pressure from the US administration, which not surprisingly welcomed the news. President Biden is said to have personally communicated the decision of Visa and Mastercard in a phone call with Ukrainian President Zelenskyy.

It was the Ukrainian President himself who in recent days had explicitly requested that Visa and Mastercard suspend their activities on Russian territory. It was the governor of the Ukrainian National Bank, Kyrylo Shevchenko, who made this request, trusting that it would increase the pressure on Russia from a financial point of view.

The consequences of the suspension of payment services in Russia

The Russian authorities have tried to play down the scale of this initiative.

Sberbank, Russia’s largest state-controlled bank, which has already been excluded from the SWIFT payments system in recent days, and is reportedly in dire straits, told the Russian news agency Tass that the restrictions will not affect the operation of the Visa and Mastercard cards it issues in the country. Customers will be able to use them to make transfers in Russia, withdraw cash and pay in Russian physical and online shops.

However, despite the official statements, the Russian bank itself is reportedly very concerned by this new restrictive measure, and is considering issuing cards using the Russian Mir and Chinese UnionPay payment systems.

UnionPay would make it possible to carry out financial transactions in 180 countries, thus mitigating the suspension of the Visa and Mastercard service, which is due to become operational on 10 March. Meanwhile, Russia’s central bank seems to have advised its citizens abroad to use cash.

The post Visa and Mastercard suspend operations in Russia appeared first on cryptodailynews24.com.