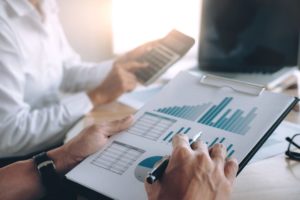 The Fed and rising rates

According to Reuters’ survey of a sample of analysts conducted between 1 and 4 March this year, the Fed will not be so aggressive in its rate policy.

At the beginning of the year, and continuing with the data, inflation was beginning to emerge as a major threat to the financial world.

In a context in which the pandemic crisis had already weakened economies around the world (which were already not in the best of health), the major international banks were predicting a long year of rate increases.

According to Goldman Sachs, the Fed was to raise interest rates by 175 basis points, to be deferred over seven periods of the year, with the first hike starting at the end of March.

This is how the world’s other central banks would have proceeded with a view to containing inflation, depending on how aggressively they acted on their own economies.

Experts tell us that the pandemic is turning into an endemic, and more and more restrictions are falling all over the world.

History has knocked on the door again in the guise of Putin and suddenly we are back to scenes we have not seen since the great wars.

Fed and ECB must fight inflation

The change of course

But according to some, the Fed’s interest rate policy will not be so aggressive.

The survey by Swathi Nair and Jonathan Cable finds that the majority of insiders believe that the ECB will have a less aggressive strategy than the Fed.

The sample, which varies and is repeated monthly, shows that over time more and more analysts are thinking of an “all in” strategy, to use poker jargon.

Out of a total of 45 respondents, 27 believe that the ECB will wait until the fourth quarter (Q4) to act on rates and will do so with a single increase.

Both the Fed and the ECB face a common enemy, a sort of Leviathan of economics and finance: inflation.

Compared with the ECB, which has provided a great deal of liquidity through its refinancing and RRSPs, the Fed’s almost $2 billion in stimulus measures has profoundly altered its own economic performance. The US central bank is now faced with a much higher CPI than in Europe and can afford to intervene more gently.

In Rabobank’s view, the war has exacerbated the situation, but not changed it.

In their note to clients, the analysts point out that the escalation of the war

“…should not fundamentally change the ECB’s plans to carefully and gradually withdraw some accommodative policies”.

This picture suggests that the ECB, with its years of more restrained economic policies than the US, has the luxury of intervening in Q4 with 150 basis points.

This view is shared by many analysts at various institutions, including BNP Paribas and Morgan Stanley. JP Morgan, on the other hand, believes that the change will come in at 175 bps.

In the meantime, the ECB’s €20 billion securities purchase programme will come to an end this month.

The post The Fed and rising rates appeared first on cryptodailynews24.com.