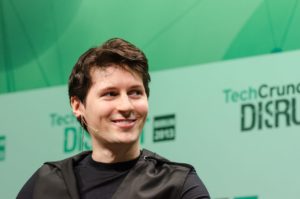 Pavel Durov, the Russian founder of Telegram has clarified that the app remains safe even for Ukraine.

In a post on his official channel, he explained that this war is a kind of personal conflict for him, as he is Russian, with his mother’s roots in Kiev and numerous relatives in Ukraine. But he also wanted to clarify the state of his relations with Russia.

“Some people wondered if Telegram is somehow less secure for Ukrainians, because I once lived in Russia. Let me tell these people how my career in Russia ended”.

Durov recalled how before Telegram, he had founded the most popular social network in Russia and Ukraine, VK, of which he was also CEO. Then something changed in his life, forever:

“In 2013, the Russian security agency, FSB, demanded that I provide them the private data of the Ukrainian users of VK who were protesting against a pro-Russian President.

I refused to comply with these demands, because it would have meant a betrayal of our Ukrainian users. After that, I was fired from the company I founded and was forced to leave Russia”.

This is how he recounted that episode in a 2014 post:

“On December 13, 2013, the FSB requested us to hand over the personal data of organizers of the Euromaidan groups. Our response was and is a categorical “No.” Russian jurisdiction cannot include our Ukrainian users of VKontakte. Delivery of personal data of Ukrainians to Russian authorities would have been not only illegal, but a treason of all those millions of Ukrainians who trust us. In the process, I sacrificed a lot. I sold my share in the company. Since December 2013, I have had no property, but I have a clear conscience and ideals I’m ready to defend”.

At the time, the decision was certainly not easy. Durov recounted on Telegram that he had to leave the company he had founded and also Russia, but he would do it again without hesitation.

And now? Now everything has changed: he no longer lives in Russia, he no longer has a company or employees there. But one thing, he says, has not changed:

“I stand for our users no matter what. Their right to privacy is sacred. Now – more than ever”.

Big tech in the Russia-Ukraine war

Pavel Durov’s approach is certainly different from what other major tech companies are doing. While financial services apps such as Mastercard, Visa and PayPal have suspended their activities, web giants are doing what they can to dampen Russian propaganda.

There is no doubt that this war is also about social networks and the information they have provided so far.