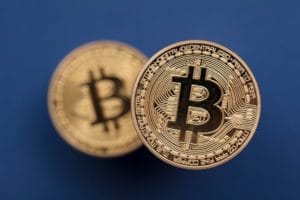 Bitcoin holds up, despite tensions

The price of Bitcoin seems to be holding up, despite the deep tensions gripping financial markets these days.

After a sharp drop last week, the price seems to have settled since yesterday between $38,000 and $39,000, roughly the same as it was at the end of February.

This is still 10% lower than it was before the outbreak of the war in Ukraine, but a 10% swing for the price of BTC is not particularly sensational.

To be fair, in the last 24 hours it has even fallen as low as $37,600, but the latest developments have greatly reduced fears.

Asian exchanges lost significantly today, revealing that the fears that drove the price of BTC below $38,000 were widespread, but over the course of the day these fears seem to have receded. Indeed, European markets opened sharply lower, but then recovered virtually all of the losses they had taken at the open.

US exchanges opened with some slight losses and even slight gains.

It is worth noting that gold briefly returned above $2,000 but then fell back to $1,960, while the Dollar Index had risen above 99 points before falling back to 98.6.

According to a Bitfinex spokesperson, Bitcoin’s price drop to its lowest in a week and a half was due to concerns over Russia’s invasion of Ukraine, and especially a possible ban on Russian oil imports.

“Those voicing skepticism over the performance of the cryptocurrency market might be better advised to take a longer-term view, given an inflating US dollar and the actions of governments to block bank accounts and payments. The trajectory of Bitcoin over the last 10 years from being the preserve of a small band of technologists to an asset traded by institutional investors, demonstrates there is now significant liquidity and market interest to continue to support the long-term price appreciation of the currency. Regardless of its price direction over the coming days, we remain bullish on the currency, driven by the continued adoption of Bitcoin as the base layer of an alternative financial system”.

After all, the current price is still higher than it was at the end of January, when the war in Ukraine had not yet broken out.

The post Bitcoin holds up, despite tensions appeared first on cryptodailynews24.com.