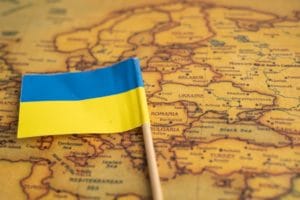 Ukraine, $50 million in cryptocurrency donations in one week

Cryptocurrency donations to support Ukraine have already reached $50 million. This figure was revealed by Deputy Prime Minister Mykhailo Fedorov in a tweet:

An incredible unity before Putin's encroachment on freedom and democracy. Aiming for $100M this week. We WILL win!

What is unique about the cryptocurrency donations received by Ukraine is that this impressive figure of $50 million was reached in one week. The deputy PM, however, aims to double that. As noted in his tweet:

An incredible unity before Putin’s encroachment on freedom and democracy. Aiming for $100M this week. We WILL win!

In recent days, the official Twitter account of the Ukrainian government published the addresses of wallets for making donations in Bitcoin, Ethereum, and other cryptocurrencies for the Ukrainian people. The crypto community has been very generous.

A confirmation of this generosity also came from the more than $7 million in ETH collected by UkraineDAO.

The measures of crypto exchanges

While the trader community is taking action to support Ukraine, crypto exchanges have not complied with Fedorov’s call to block Russian accounts. Kraken, Coinbase and Binance currently have no plans to suspend their Russian users.

Why this is not happening was explained by the CEO of Coinbase, Brian Armstrong, in a series of tweets.

“We are not preemptively banning all Russians from using Coinbase. We believe everyone deserves access to basic financial services unless the law says otherwise.

Some ordinary Russians are using crypto as a lifeline now that their currency has collapsed. Many of them likely oppose what their country is doing, and a ban would hurt them, too. That said, if the US government decides to impose a ban, we will of course follow those laws”.

At present, the US is not requiring exchanges to sever their services in Russia. And without a legal requirement, Coinbase, like other exchanges, do not intend to make any decisions on their own.

Conversely, PayPal is the latest financial business to suspend its services in Russia, which is creating huge problems for the Russian people.

The NFT of the Russian artist who burns her passport

Meanwhile, among the many ways to raise money for the Ukrainian people, the original initiative of artist Olive Allen should be mentioned. Originally from Russia but living in the United States, in complete disagreement with what her motherland is doing, she burned her passport and the video showing the scene became an NFT auctioned on SuperRare.

I’m auctioning off my Burnt Passport NFT to raise funds for the people of Ukraine impacted by the war.

The auction was won by UnicornDAO, which sold the NFT for 3.66 ETH (about $9,700). The funds raised (except for 15% retained by SuperRare) were donated to Save the Children Ukraine to help children fleeing the war.

Unfortunately, the situation on the war front remains worrying. It is clear that even more efforts will be needed in the coming days to support the Ukrainian people and help them cope with the war. The crypto people will be ready.

The post Ukraine, $50 million in cryptocurrency donations in one week appeared first on cryptodailynews24.com.