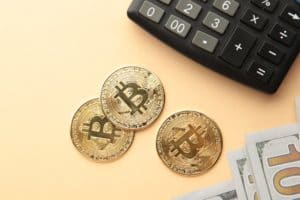 Earning through Bitcoin due to inflation

A couple of days ago, the famous author of “Rich Dad Poor Dad”, Robert Kiyosaki, published a tweet in which he indicated how to profit from inflation.

HOW TO PROFIT FROM INFLATION. Biden wants inflation. I counter his criminal actions by investing in Texas and N. Dakota OIL. Just bought a GOLD mine in Utah. Investing in Texas APARTMENTS houses. Saving GOLD, SILVER, BITCOIN. Don’t be a BIDEN victim. Invest like a CAPITALIST.

Bitcoin as a safe haven against inflation

In this tweet, Kiyosaki argues that US President Joe Biden wants inflation, so he assumes it will continue for a long time.

The investor says he is fighting inflation by investing in Texas and North Dakota OIL, a gold mine in Utah and homes in Texas.

But in addition to investing in oil, gold and real estate, he also reports that he is accumulating gold, silver and Bitcoin.

Kiyosaki, who has 1.8 million followers on Twitter, has long blamed the US government and central bank for “destroying” the dollar due to the ultra-expansionary monetary policy of recent years, and also claims that there could soon be a real new economic depression.

Back in November 2021 he revealed that he was buying gold, silver, Bitcoin, Ethereum, real estate and oil due to fears related to rising inflation.

Bitcoin suffers at this juncture

The price of safe haven assets

Saturday’s tweet was published at a time when the price of Bitcoin is about 20% lower than it was a year ago, while the purchasing power of the dollar in the United States has shrunk by 7.5%.

The price of gold, on the other hand, is higher than it was 12 months ago, although not yet at an all-time high.

Financial markets seem to be spooked these days by the war between Russia and Ukraine in particular, and there seems to be a flight from risk. Bitcoin is suffering at this juncture, while gold is proving to be the ultimate safe haven asset.

But there are also those who believe that this period of flight from risk is only temporary, and who speculate that the price of Bitcoin could return above $50,000 by the end of the month.

A few days ago, while the price of BTC was rising, Nigel Green, CEO of Devere Group, said that he saw no reason for the price momentum to falter.

In all likelihood, however, it all depends on how the situation in Ukraine evolves, because if it does not improve, it is hard to imagine that financial markets will return to their preference for risk-on assets. Rather, should the situation deteriorate further, they may continue to avoid risk.

The post Earning through Bitcoin due to inflation appeared first on cryptodailynews24.com.