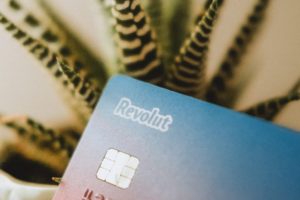 Since Friday, Revolut customers have been able to make donations to support those affected by the conflict in Ukraine.

Revolut, €3 million in donations for Ukraine

More than €3 million has already been donated so far, and the company itself has announced that it will double the amount donated by customers between 1 and 8 March to a maximum of €1.8 million (£1.5 million).

Italy is also among the countries enabled to make instant and free donations of this kind on Revolut.

The funds donated will be sent to the Red Cross, and used for humanitarian aid and first aid for people caught up in the conflict, such as those forced to flee their homes.

Revolut in support of the Red Cross

The cooperation between Revolut and the Red Cross has been going on for a long time now, and at this point it focuses on the Ukrainian situation.

Revolut customers can donate via the in-app Donations feature, which allows them to round up card payments and donate the difference to charity. They can also donate by setting up a recurring payment or making one-off donations.

There is no minimum donation amount and the feature can be turned on and off by customers at any time.

100% of the amount donated will go to charity and Revolut will not charge any commission.

Revolut has also decided to waive fees for all money transfers to Ukraine for thirty days, allowing its customers worldwide to send money to banks in the country for free.

The International Committee of the Red Cross said:

“Communities in Ukraine have been bearing the brunt of eight long years of conflict. Even before recent developments, this is a conflict that hits people daily on personal, psychological and emotional levels, bringing death, injury and separation from loved ones, as well as the huge mental toll of ongoing violence and insecurity”,

“At this critical moment, our support of the Red Cross in its vital humanitarian efforts enables millions of people worldwide to instantly donate to those affected by the invasion of Ukraine. We asked our customers to show that our hearts and hands are with those impacted by the ongoing crisis in Ukraine and they have responded with incredible generosity. Everyone at Revolut is proud to be part of a British company with global reach assisting the Ukrainian people in their time of need”.

The post Revolut customers can make donations for Ukraine appeared first on cryptodailynews24.com.