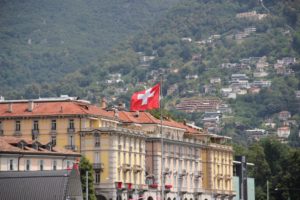 Lugano’s Plan B is ready: as announced yesterday, it will make Bitcoin, Tether, and Lvga legal tender, ushering in a new era in Swiss finance and challenging the current Crypto Valley to become a crypto and blockchain hub.

Until now, crypto and blockchain companies have found their place in Switzerland in the Crypto Valley in Zug. It is here that many crypto companies have concentrated their activities, in some cases becoming veritable unicorns.

As of yesterday, this “supremacy” is in danger of being obscured by the decisive and convinced choice made by the Lugano administration. In partnership with Tether Limited, the city yesterday announced Plan B, which aims to transform Lugano into an incubator for crypto companies and startups.

This will be possible thanks to a 100 million franc financing put up by several industry players including Polygon. Those who win this funding will have to help set up the technological infrastructure to allow public and private companies in Lugano to accept Bitcoin, Tether and Lvga as payment. Commercial enterprises can also implement these upgrades by benefiting from 3 million francs in funding. In this case the main contributor is Tether.

Unlike Zug, Lugano is not only aiming to allow the proliferation of blockchain companies, but also wants them to explore their potential, seeing Lugano as a testing ground for their use cases.

The canton of Zug is being challenged, but the winner is likely to be the whole of Switzerland, which once again shows itself to be a nation that, unlike others, is not afraid of innovation, nor of new forms of payment that it does not see as competition for the Swiss franc.

On the contrary, according to what was also said at the event on 3 March, making the three cryptocurrencies legal tender will be a driving force for the local economy, attracting new investments and tourism.

Lugano will be able to demonstrate that it is an example to be followed, clearing all fears related to cryptocurrencies, and showing that Bitcoin, Tether and Lvga can strengthen the economy and not be an obstacle or a danger.