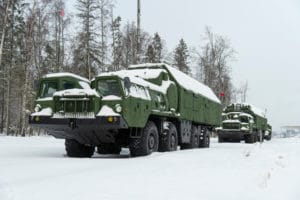 Ukraine asks to disconnect Russia from the Internet

A couple of days ago, Rolling Stone magazine reported that it had seen an email in which Ukrainian officials allegedly asked ICANN to disconnect all Russian websites from the Internet.

Ukraine’s request to block the internet in Russia

ICANN (Internet Corporation for Assigned Names and Numbers) is an international body that assigns IP addresses to domains.

However, it seems very unlikely that ICANN will grant this request, also because it might violate some rules of international law.

In theory, this would be technically feasible, but it would require a willingness on the part of the supranational body to take an explicit measure against Russia, in violation of existing rules.

For now, ICANN representatives have limited themselves to verifying the authenticity of the e-mail, but declined to comment.

The email was sent by the Ukrainian representative of ICANN’s Governmental Advisory Board, Andrii Nabok, and states that Russian cyber attacks “impeding [Ukrainian] citizens’ and government’s ability to communicate”.

The aim of this initiative would also be to prevent Russian government propaganda and disinformation.

Ukrain wants to disconnect all Russian websites from the Internet.

Why ICANN will say no

According to Justin Sherman, a member of the Atlantic Council’s Cyber Statecraft Initiative, it is very likely that ICANN will simply say no.

One of the big problems such an initiative could cause would be the revocation of digital signatures that authenticate domain names. This consequence could make Russia vulnerable to many attacks, such as personal banking.

Woodcock and Sherman believe that maintaining free and open access to the Internet in Russia is a strong defence strategy against the Russian government’s propaganda machine.

However, it is worth noting that Russia has long been planning its own alternative network to the Internet, precisely in order to be able to disconnect if necessary. For the time being, however, it seems that only tests have been conducted.

Russia’s international isolation is now a fait accompli, since yesterday only Belarus, North Korea, Syria and Eritrea voted against the resolution condemning the invasion of Ukraine. China, for example, abstained, as did India.

The post Ukraine asks to disconnect Russia from the Internet appeared first on cryptodailynews24.com.