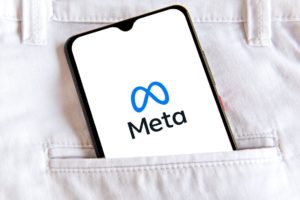 Meta has reportedly divested the 300-person team that was supposed to develop the XROS operating system for augmented reality and virtual reality (AR/VR).

Backward step for Meta: no proprietary operating system for AR/VR

Meta’s decision was reported by The Information newspaper. Meta has reportedly decided to do without a proprietary operating system for its virtual and augmented reality systems. The project was called XROS and would have allowed Meta to be autonomous from Apple and Android.

But the Meta team probably realized that the features of the operating systems already on the market are sufficient to support devices “made in Facebook”, so it discontinued XROS. The team has been diverted to other projects related to augmented reality and virtual reality.

Meta is also fully involved in the creation of the metaverse with a number of devices such as the oculus. But it is also developing an actual platform, a preview of which was recently given.

As explained by Mark Zuckerberg himself in the video, the aim is to give the feeling of presence: that will be the real feature of the metaverse, as if the user were really surrounded by other people.

Meanwhile, the virtual reality platform Horizon, accessed via Oculus Quest 2, has already reached over 300,000 members in Canada and the US.

The metaverse as a way out of the crisis

The turn towards the metaverse probably seemed the solution to get out of the crisis into which Facebook seems to have fallen. The social network, which is now almost 20 years old, is experiencing a continuous decline in active users and this data has caused the stock to plummet.

Investors fear that Facebook’s heyday is coming to an end. With the creation of the metaverse, Meta aims to be the leader in this sector in view of the trend in 2022, as it already has 2 billion Facebook users. The real challenge will be to engage them.