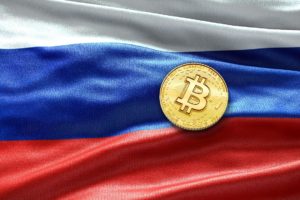 The Twitter profile defiprime published a screenshot showing a possible sale of Bitcoin for 6,438,828 rubles. That means right now, Russians are buying Bitcoin even for amounts higher than $64,000.

Why Russians are paying a lot more for Bitcoin

Another screenshot is also shown where you can see other prices on other P2P platforms starting from 5.6 million rubles, or about $56,000.

So there are two anomalies.

In fact, always on Binance, the current price of BTC in dollars is about 44,000$, so on exchanges, it seems that Russians are buying Bitcoin at a reduced price compared to the global one.

Instead, on P2P platforms, they are paying it up to almost 50% more.

These differences are due to the fact that it is very difficult for Russians to move rubles at the moment.

Therefore on global exchanges, you can only use rubles that have been loaded previously, while you cannot deposit or withdraw other rubles. For example, on Russian exchanges, the price seems to be in line with the global one.

Instead, on P2P platforms, it is possible to buy Bitcoin from other Russians using forms of money transfer that are still functioning within the country.

With the devaluation of the ruble, demand for Bitcoin among Russians has increased

That means that, after the boom of the past few days, the amount of BTC purchased on exchanges paying in rubles is decreasing, while the demand on P2P platforms is rising sharply.

The reason for the incredible increase in the cost of Bitcoins on P2P platforms that allow exchanges in rubles is probably mainly due to this substantial increase in demand, which must not yet have been followed by an adequate rise in supply.

These dynamics highlight how much Russians are interested in buying Bitcoin right now, even at the cost of getting rid of their rubles at bargain prices. On the other hand, at this moment in Russia, it is most likely possible to do more with Bitcoin than with rubles, especially concerning international transactions.

The post Russians are paying Bitcoin up to $64,000 appeared first on cryptodailynews24.com.