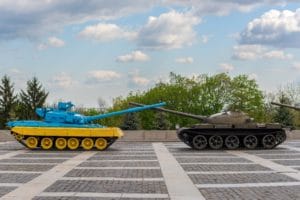 It’s finally official, Ukraine has activated three official wallets to allow anyone to help the Ukrainian people through cryptocurrency donations.

Three wallets to make cryptocurrency donations to the Ukrainian people

Cryptocurrencies’ decentralization, effectiveness, and power are even more evident in situations like these.

When there are armed conflicts, in fact, donating through the old financial system, you know, is not so simple and immediate.

The news of the opening of these wallets was given through Twitter, which has always been the channel for giving and receiving official information regarding the world of cryptocurrencies.

The news of these official wallets where you can deposit donations in cryptocurrency is really recent, precisely on February 26th.

Until then, only a few foundations and interest groups had been activated, but they had already received a significant amount of donations from all over the world.

However, the opening of these cryptocurrency wallets has been a real turning point that has allowed the biggest supporters of cryptocurrencies to donate with extreme simplicity.

In fact, the initiative was immediately a great success; the wallets have received a very good number of donations since the first hours.

Bitcoin, Ethereum, and Tether can be sent.

Donations thankfully continue to come in, and hopefully, the influx will continue throughout the conflict.

Situations like this have shown that having a functioning and safe alternative to the old financial system is extremely important, and we could say fundamental.

Everyone must understand how powerful and functional it is to transfer wealth without governments, banks, and political forces somehow hindering the operation.

Having a decentralized tool that is even faster and more efficient than the old banks is amazing.

So when we talk about cryptocurrencies, we are not only talking about a new way to invest and store wealth but also about tools that allow everyone to take a step towards freedom, a concept of freedom with a capital “L.”