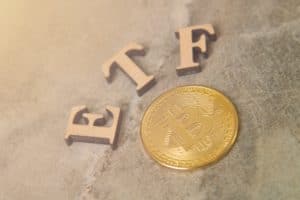 The spot ETF was the first of its kind in Canada and has 32,329 BTC and continues to expand.

The case of the Bitcoin ETF approved in Canada

Since Putin’s first statements to the world, the ongoing war in Ukraine has intensified the volatility of Bitcoin’s price.

Yesterday, the cryptocurrency lost further ground against the backdrop of demand and the value of related ETFs.

In Canada, relative to the previous year, the Purpose Bitcoin ETF jumped 31% and holdings reached US$1.3 billion, a truly remarkable achievement.

According to “On-Chain College” (an analyst):

“The Canadian Bitcoin Spot ETF Purpose has increased their holdings by 31%, or ~7,700 $BTC, since the end of November”.

A year after its debut on the Toronto Stock Exchange, the fund is increasingly making itself a key tool for bringing more traditional investors into the world of virtual currencies with noteworthy performance

In the last two days alone, the fund has gained almost 1750 BTC.

Som Seif, founder and CEO of Purpose Investments, said in a statement that he plans to extend ETFs to other markets as well.

“Working on the frontier of finance and technology, we are committed to space governing innovation in this and governing the next generation of asset management, wealth management and SME banking”.

That’s according to the CEO, who will also be launching its Canadian counterpart in Australia later this year in partnership with Cosmos Asset Management.

Canada, Switzerland, Germany and Brazil have joined the spot system for Bitcoin, extending a hand to the world of virtual currencies.

The United States is not there yet

While Canada and Australia are making great strides into the future of BTC ETFs, America is still lagging behind.

The US SEC (Security Exchange Commission) has spoken out against the adoption of these instruments for the US market.

The decision triggered Grayscale‘s awareness campaign inviting investors and supporters in general to write to the SEC.

The aim is to make the SEC reconsider its decision.

An opening of the US would allow Grayscale to turn its fund into a real Bitcoin ETF.

The largest asset of its kind in the world (USD 25 billion) could come to life.

In essence, Bitcoin has grown and continues to grow in popularity among investors worldwide, but with its volatility it is also seeking to expand through other instruments.

Bitcoin ETFs are the perfect tool in this regard because they provide more security.

Those who invest in such instruments avoid the problem of large fluctuations and can enjoy very positive performance for more than a year, performance that does not show any signs of decline.

With the war in Russia, for example, investors are prepared to pay 50% more for Bitcoin than its market value.

Paying 64,000 US dollars for a BTC will help the price of the cryptocurrency to rise, making it more attractive for those who want to invest in this asset, and ETFs will also benefit as a result.