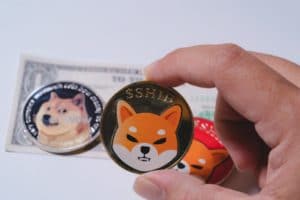 AMC will accept payments in Dogecoin and Shiba Inu: the official date

After much anticipation, the CEO of the large U.S. chain of cinemas and theaters AMC has officially declared that from March 19, the company will also accept payments in Dogecoin Shiba Inu.

From March 19, AMC will accept Dogecoin and Shiba Inu

The last announcement in this sense had come in November, when the CEO of the company that manages the largest chain of theaters and cinemas in the world, Adam Aron, had said that soon AMC would also accept Shiba Inu, along with the other four cryptocurrencies that were already accepted as a form of payment: Bitcoin, Litecoin, Ethereum and Bitcoin Cash.

According to the CEO’s statements, in addition to Shiba Inu, Dogecoin should, as of March 19, also be accepted as a means of payment.

This might rev up the Cryptocurrency fans amongst you. AMC IT says that BitPay will be live for AMC online payments on our web site by March 19, and live on our mobile apps by April 16. Possibly a few days earlier. BitPay, and therefore soon AMC, accepts Doge Coin and Shiba Inu. pic.twitter.com/M8lM3Rz2vY

The company operates about 900 theaters and over 10,000 cinemas worldwide. Aron explained that Bitpay will be active for AMC online payments by March 19 and will be available on the company’s mobile apps by April 16 or a few days earlier.

In November, when Aron had announced the future entry of Shiba Inu as an accepted means of payment for his company, Bitpay’s digital payments system did not yet support Shiba Inu. AMC’s CEO had announced that it was at his request that Bitpay would work to implement Shiba into its system as well.

Attention #SHIBArmy: Our friends @Bitpay decided to support Shiba Inu specifically because I asked, so AMC can take Shiba Inu for online payments of movie tickets and concessions. @AMCTheatres to be the first @bitpay client to accept Shiba Inu. Timing 60-120 days. This is a WOW! pic.twitter.com/F54i22hHDv

The CEO’s decision would have been, as announced by himself in November, the consequence of a survey launched on social media to ask if Doge and Shiba should be allowed as a form of payment.

Dogecoin and Shiba Inu are currently ranked the 13th and 14th most capitalized cryptocurrencies, respectively. Following the announcement by AMC’s CEO, the prices of both Doge and Shiba have risen significantly in the markets. SHIB is currently trading at $0.000025, up 9.3% from yesterday. DOGE is up 6.62 percent in the previous 24 hours, reaching $0.13.

But the good news for Dogecoin doesn’t end there. According to some rumors collected by The Street newspaper, soon, even the giant eBay could support the cryptocurrency dogecoin, along with Bitcoin and Ethereum, on its marketplace.

The company CEO, Jamie Iannone, said that eBay could make an official announcement on March 10. These are his words to The Street:

“We don’t currently accept cryptocurrencies. But on March 10, we’re going to delve into all these things, payments, advertising, our categories of interest.”

The post AMC will accept payments in Dogecoin and Shiba Inu: the official date appeared first on cryptodailynews24.com.