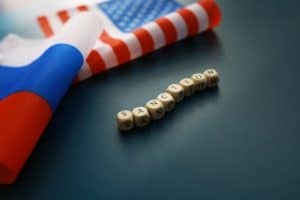 The measure has apparently not yet been approved, but could come into force if Western states seize the funds of Russian citizens and companies.

According to Medvedev, such a measure would receive a symmetrical response.

At the moment there is no evidence that Western sanctions against Russian citizens include the seizure of their assets, only the freezing of them. The difference is that frozen assets remain the full property of their current owners, who can no longer dispose of them freely, whereas seizure would imply the seizure of assets by law enforcement agencies.

If Western countries were to move from freezing to seizing the assets of Russians, Russia would do the same with the assets of foreign citizens in Russia.

To date, this measure seems more theoretical than realistic.

However, the hypothesis that Russia could proceed to seize the assets of foreigners even without a corresponding move by Western countries cannot be completely ruled out.

Medvedev also specified that if such a measure were to be taken, it would only apply to foreign citizens and companies that are found to be resident in “hostile jurisdictions”.

Coinbase will not ban Russian accounts for now

Coinbase will not ban Russian accounts

The issue of banning Russian citizens from crypto exchanges is also still open.

At this time, not only is there no specific ban, but also Coinbase as well as Kraken have explicitly stated that they do not intend to apply it arbitrarily.

However, some exchanges, including Binance and Coinbase itself, have stated that they may intervene in specific cases relating to “sanctioned individuals or entities”.

It is worth noting, however, that there are already blocks and restrictions on fiat currency transactions, so Russian citizens can in fact only use crypto exchanges to move cryptocurrencies.

Moreover, as Kraken has already explained in recent days, if the state imposed a ban on them, they would be obliged to enforce it.

The issue of financial sanctions against Russia remains open, not least because it is apparently having significant consequences. As long as the war in Ukraine continues, it is safe to assume that these sanctions will remain in place.