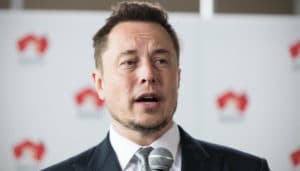 Elon Musk’s Starlink routers have arrived in Ukraine, and Tesla’s CEO has confirmed that the service is now active in the country.

In recent days Mykhailo Fedorov, the Prime Minister of Ukraine, appealed to Tesla’s CEO to use the Starlink system to help Ukraine.

@elonmusk, while you try to colonize Mars — Russia try to occupy Ukraine! While your rockets successfully land from space — Russian rockets attack Ukrainian civil people! We ask you to provide Ukraine with Starlink stations and to address sane Russians to stand.

Elon Musk has promptly responded to the appeal by activating Starlink in Ukraine and sending the routers that have arrived in the night.

You are most welcome

Starlink is a satellite internet connection system, totally independent from the current connections, able to guarantee broadband and low latency.

Ukraine has requested it because it fears that the Russians could bomb the infrastructures that currently guarantee internet connections.

Starlink allows obviating this danger thanks to 2,000 satellites in orbit, 550 km from Earth, allowing a connection at speed similar to fiber optics.

The battle shifts to social media

The Ukrainian prime minister these days is also urging the main social media to take action against Russia.

First, he appealed to Mark Zuckerberg to prevent access from Russia to Facebook and Instagram. This appeal has also found a valuable interlocutor. Nick Clegg, VP Global Affair at Meta, announced that the social media giant is taking action.

For example, Facebook and Instagram are monitoring news spread by Russian media and, in the meantime, have blocked ads and demonetized Russian accounts. Encrypted chats have also been introduced on Messenger.

At the moment, Facebook and Instagram have not been blocked in Russia because, as Nick Clegg explained, these social networks are also used to organize anti-war protests. They are in their own way means to allow free information.

The last appeal asks Youtube to block Russia 24, one of the main propaganda channels of Moscow.

Google Europe, meanwhile, has announced that it has already blocked RT and Sputnik channels, the same ones on which Facebook had also intervened.

The war in practice also passes from big tech. Everyone is doing their part, from Elon Musk to Mark Zuckerberg, for the good of Ukraine.

The post Elon Musk’s Starlink routers are in Ukraine appeared first on cryptodailynews24.com.