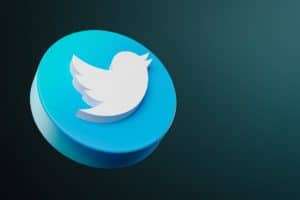 That was revealed, right on Twitter, by developer and app researcher Nima Owji, who shared a couple of screenshots with which he claims to have been able to tweet for his Twitter Circle.

In the screenshot, in fact, you can see a message highlighted in green warning that the tweet can only be seen by Nima Owji’s Circle.

Twitter Circle would allow users to create a kind of “circle of interaction.”

Currently, there are only two options: either you let your tweets be visible to everyone, or you enable the private profile that allows only your followers to see your tweets.

The latter function is not used by any profile that aims to make, for example, public information, but by many is perceived as a useful middle ground.

This middle ground would be just Twitter Circle, thanks to which it will be possible to communicate directly with a restricted group of followers.

It is not yet known when Twitter Circle will go live

A feature to be discovered

However, the possible details of its operation are not yet clear, so much so that the company itself has not yet said anything about it publicly.

The new feature is not to be confused with Circle, the company that issues and manages USDC.

While it is easy to imagine that users will be able to post tweets dedicated only to their restricted “circle” of followers once this feature is enabled, it is not clear how many Circles you can have, nor how they will be created.

It is also not yet clear if the entrance in these “circles” will be free or paid.

It is also not known when this feature will be released and who will be able to take advantage of it.

But it could have something to do with Spaces, a feature recently launched that allows users to create sort of “audio rooms” to chat with their followers, Clubhouse style.

One of the biggest problems for creators on Twitter is the difficulty in monetizing their work. Spaces already provides new possibilities in this sense, and at this point, it’s easy to imagine that something similar could also apply to Circle.