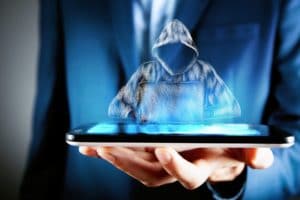 The war between Russia and Ukraine is also a cyber-war. The government in Kiev, through one of its senior defence ministry officials, has asked CUT (Cyber Unit Technology) to form an army of hackers and experts in the field in order to defend the country’s interests and counterattack if necessary.

Cyber-war between Russia and Ukraine: the call to arms

Habits change, people evolve and so the way of waging war is no longer the same.

The Internet has revolutionized the world and technology has made great strides since the Cold War.

New weapons and new strategic objectives have arisen, and with them have come figures that were once unimaginable.

The control of power plants, be they hydroelectric, solar, nuclear, etc., as well as intelligence, require powerful computers and, of course, qualified operators such as programmers, technicians and, nowadays, even hackers.

As reported by Reuters, Yegor Aushev, Co-founder of the IT company, wrote a post calling for arms.

“Ukrainian cybercommunity! It’s time to get involved in the cyber defense of our country”,

reads Aushev’s appeal, which includes a request to attach CVs and skills to form the cyber army.

In the Ukrainian Defence Ministry’s view, the cyber army is to be divided into two ranks, one for defence to protect strategic sites and state infrastructure such as power plants, nuclear power plants, airports, ports, bases, etc., and the other for attack to weaken enemy forces.

In 2015, a massive Russian cyber-attack had cut the power to 225,000 Ukrainians and damaged a large number of servers, other countries also suffered the same attack and it was discovered how the battleground had just been widened by Moscow.

Eset and Symantec (a cyber security company) have detected a new attack in recent days using the malware Hermetic Wiper.

Basically, all the data on every PC were destroyed by this “virus”, rendering it unusable, while at the same time blackouts were being created all over Ukraine.

The Russian matrix of the incursion was soon revealed, and it was this that prompted Kiev to organize itself accordingly.

The attacks show no sign of stopping, and government sites, banks and strategic infrastructures have also suffered, but something is about to change.

“#Anonymous is currently involved in operations against the Russian Federation. Our operations are targeting the Russian government. There is an inevitability that the private sector will most likely be affected too. While this account cannot claim to speak for the whole (con)”.

Anonymous then took the field and already achieved the first results, the Russian sites Com2com, Relcom, Sovam Teleport and Ttp Teleport Moscow were attacked subject to a DDoS (Distributed Denial of Service) attack, but this is not all.

Russia Today, the Russian English-language television channel and some government sites suffered severe slowdowns and were unreachable for several hours.