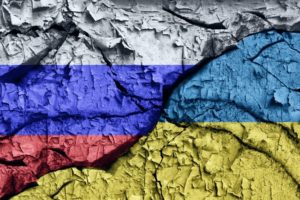 The sanctions imposed by Western countries on Russia are having a significant impact also on the crypto markets. A recent G7 memo threatened to impose further sanctions against the country if it continues its invasion of Ukraine.

At the moment, despite high-level talks between Ukraine and Russia, the Russian army is continuing its invasion campaign, so it is difficult to assume that it will end soon.

It could probably only come to a rapid halt in the event of ultimate success, or resounding failure. The current situation seems to be at a standstill.

Moreover, even if it were to end in success, it is very likely that the sanctions would continue.

The sanctions already in place have started to create serious liquidity problems for the Russians, as there are very strong restrictions on the use of fiat currencies, both for international transactions and for cash withdrawals from ATMs.

In the current situation, it seems very unlikely that these restrictions can be lifted, or even reduced, and the G7 memo even suggests that there is a serious possibility that they will be tightened.

Ruble-bitcoin exchanges on the rise

Boom for the Ruble-Bitcoin exchange rate

Data on trading volumes on exchanges for the BTC/RUB (Bitcoin/Russian Ruble) pair reveal that there has been a sudden boom since the middle of last week.

This boom wasn’t triggered on the day Putin announced his intention to annex Ukraine, nor when the first Russian troops entered Ukrainian territory. It occurred at the very moment when it became clear that Western states would impose sanctions aimed in particular at the Russian banking system.

So when the Russians began to realize that they would really have to deal with extensive restrictions on the use of their fiat money, they started buying BTC with the rubles they had on the exchanges.

The turning point occurred on Thursday 24 February, when the price of Bitcoin, not surprisingly, rebounded to $38,000 after falling almost to $34,000.

The second turning point occurred yesterday, with the price of Bitcoin jumping from $38,000 to $43,000. It is safe to assume that in the event of further sanctions the Russians will be even more driven to use Bitcoin instead of fiat currencies.

It remains to be seen what real purchasing power Russians have on crypto exchanges, but given that many wealthy Russians live abroad and have reserves in various currencies, it is possible that there is still plenty of room for further purchases.