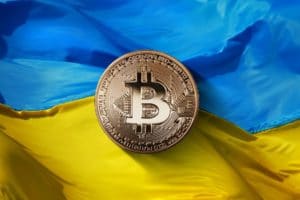 On Saturday, a tweet was published on the official Twitter profile of the Ukrainian government explicitly asking for donations in Bitcoin, Ethereum and Tether.

At that point, many donations started to arrive.

For example, more than 115 BTC have already been received at this point in time, with a total value of more than 4.5 million dollars.

In addition, nearly 2,000 ETH, worth more than $5 million, and more than a million USDT have also been donated.

The use of crypto donations

A large part of the tokens received have already been spent, with only 17 BTC and 122 ETH now remaining on the addresses given by the government.

However, it is not known how they were spent.

There is some speculation that they were sent to crypto exchanges, probably to be sold in fiat currency.

Since these are donations collected by the Ukrainian government, many speculate that these funds are currently being used primarily for the purchase of weapons and military supplies, and these are to be paid for in fiat currency.

However, there are also those who speculate that the people managing these funds on behalf of the Ukrainian government may have withdrawn them for other purposes, not necessarily related to the needs of the country.

The problem, in this case, is that we know how much money is coming in, and to whom it is going, but we do not know how it will be used once it arrives. The donations are in the many thousands, with the hope that the funds donated will be used above all to help the Ukrainian population defend itself against the violent aggression of the Russian army.

No similar initiative of comparable proportions in support of Russian forces is known.

10 million from Binance to support Ukraine

The Binance exchange also donated $10 million “to help the humanitarian crisis in Ukraine”.