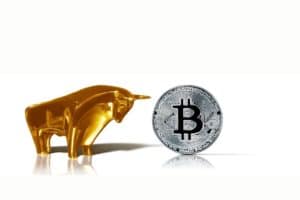 After declaring a few days ago that he had bought $50,000 worth of Bitcoin, Senator Ted Cruz said without hesitation that he is very bullish about the future prospects of Bitcoin’s price performance.

Why Ted Cruz is bullish on Bitcoin

During the most important conference of the Republican Party of America, the CPAC, which was held last weekend in Orlando, Florida, in his speech, the senator mentioned cryptocurrencies and their fundamental characteristic of decentralization, which makes them independent of any possibility of manipulation.

In the presence of former US President Donald Trump, who is certainly not crypto friendly, the senator said he was absolutely bullish on Bitcoin, precisely because of its decentralization. He added that:

“China recently banned bitcoin because they can’t control it, which is the exact same reason Elizabeth Warren hates bitcoin”.

“So Justin Trudeau said I don’t like me some truckers, so we are going to freeze your assets. So the court went to try to freeze the crypto that was being given to the truckers”.

Always very supportive of the cryptocurrency world, in November, the Texas senator proposed an amendment to the Infrastructure Bill to soften the tax burden that the new law imposes on cryptocurrencies.

In his speech, he harshly criticized Senator Elizabeth Warren, who has always advocated very repressive legislation on cryptocurrencies. In December, in a hearing before the Senate Finance Committee, she described the decentralized finance of cryptocurrencies as dangerous for investors and for the international financial system. Cruz emphasized:

“The Chinese Communists and Elizabeth Warren, they both want to control you, your assets, your savings, your speech, your life, your children — every decision — they want to control, and so we need to break up the means of controlling the citizenry”.

Bitcoin to strengthen the energy infrastructure

Senator Cruz also recently said that Bitcoin mining could help stabilize the power grid in Texas, where this industry has grown by leaps and bounds since the ban imposed by China.

“A lot of the discussion around bitcoin views bitcoin as a consumer of energy. The perspective I’m suggesting is very much the reverse, which is as a way to strengthen our energy infrastructure”.

The post Senator Ted Cruz is bullish on Bitcoin appeared first on cryptodailynews24.com.