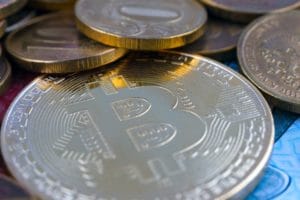 Russians move from the ruble to Bitcoin

Exchanges between the Russian ruble and Bitcoin are at 9-month highs, following the ruble’s collapse on financial markets against major currencies due to the war in Ukraine.

Overnight, the ruble lost about 30% against the US dollar before trading closed.

Increased trade between the ruble, Bitcoin and Tether

Data recorded by analytics firm Kaiko, show that the volume of Bitcoin denominated in rubles (RUB) rose to nearly 1.5 billion RUB on Thursday, reaching the highest since May.

“The activity was concentrated on Binance. Bitcoin-Ukrainian hryvnia volume has also spiked, but not as high as October levels. BTC-UAH only trades on 2 exchanges – Binance and LocalBitcoin”.

Meanwhile, according to the company Chainalysis, which specializes in research and analysis in the crypto world, the growth of trades between Bitcoin and the Russian currency would have grown 8.6 times since the outbreak of the conflict. Even for the Ukrainian currency, the hryvnia, trade with Bitcoin is said to have grown 8.2 times in that period.

As for the ruble, according to Kaiko, exchanges with Tether have also grown significantly, with volumes reaching their highest level in eight months.

Exchanges between local currency and Bitcoin are also increasing in Ukraine

Russia and Ukraine increase the adoption of cryptocurrencies

The adoption of cryptocurrencies in both Ukraine and Russia is quite high. According to the latest Global Crypto Adoption Index by Chainalysis, Ukraine is in fourth place, while Russia is in eighteenth place

According to the Elliptic company, cryptocurrency donations in Ukraine, both to non-governmental organizations and to the Ukrainian government itself, are also on the rise. Donations of this kind have already reached $16.7 million in the last five days.

According to some experts, Russia may also try to circumvent the heavy sanctions that will be imposed on it by using cryptocurrencies. According to the latest statements by the Russian central bank, the new digital ruble is almost ready. In November, the first tests on a new CBDC were announced.

After all, Iran and North Korea have already been using cryptocurrencies to mitigate the effects of sanctions imposed on them by the international community for some time.

“The lessening of U.S. sanctions power comes from a system where these nation-states are able to do transactions without going through the global banking system”.

This was stated to the New York Times by Yaya Fanusie, Chief Strategist at the Center for a New American Security, who has studied the effects of cryptocurrencies

The post Russians move from the ruble to Bitcoin appeared first on cryptodailynews24.com.