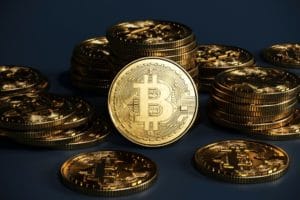 Is Bitcoin a safe haven asset?

For ten years since its creation up to and including 2019, BTC has performed similarly to Gold (Au), the ultimate safe haven asset.

How did it behave in relation to the markets?

Consistent with any self-respecting safe haven asset, BTC had no correlation with the markets, or rather the opposite.

When equities went down the cryptocurrency went up and vice versa, this increased the idea that the currency was side by side with gold as a safe haven asset.

For three years now, something in Bitcoin’s “behaviour” must have jammed.

In fact, since January 2020, the virtual currency has reversed its way of reacting, meanwhile it has increased its volatility due to an ever-increasing influx of investments in the asset by intermediaries and institutional investors (to date one third of the total, which amounts to 5.5 million BTC).

Another factor that has contributed strongly to this structural break in recent years is the change that has taken place in the way people invest.

An increasing number of investors see crypto as a financial instrument on which to speculate for an easy return in the short term and this means that the protectionist vocation of the value has been strongly affected.

While gold is gaining momentum in this period of uncertainty, appreciating more and more and approaching its highs, BTC is fluctuating and losing ground, remaining at arm’s length with the stock markets.

Bitcoin a safe haven? The case of Ukraine

The tensions in Ukraine have clearly shown that the virtual currency par excellence is not a safe haven, or at least not in the way we think of it.

In fact, a store of value is an asset in which to seek safe haven, which retains its value over time (and possibly appreciates) and always has a market, so it can be transformed into liquidity when needed.

In reality, both Au and BTC have these characteristics regardless of how BTC has behaved against the stock over the past few years.

Bitcoin is by nature deflationary and not controlled by any power or central bank and gold is the ultimate safe haven asset to which the value of currencies was once linked but the real distinction resides in time.

If we think of the virtual currency as an asset that preserves its value and that will allow us to sell part of it when the crisis is over and return to pre-crisis purchasing power, it could either work out well or badly. But if we think of it from a long/very long term perspective, it is highly probable (to put it mildly) that we will gain from its deflationary vocation and imminent expansion.

Gold, however, allows us to sleep soundly both for the post-crisis period, hopefully lasting as little as possible, and for the long term.

What happened with the recent Russian invasion of Ukraine highlighted Bitcoin’s high volatility and its unwillingness to hold value.

The announcement of the invasion had caused the currency to plunge 10%, but it then recovered after the attack ended and closed at a substantial breakeven, but since mid-February its value has fallen from $44,000 to $38,000.

In the same period, gold has almost reached its peak and now stands at $1923 an ounce.

Bitcoin is not a safe haven asset, at least not in the short term.

The post Is Bitcoin a safe haven asset? appeared first on cryptodailynews24.com.