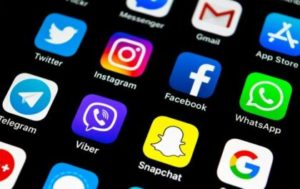 The start of the Russian army’s military intervention in Ukraine yesterday triggered a horde of reactions on social networks.

The most used hashtags

For example, the hashtag #Putin received more than 2 million tweets, and those #Ukraine and #StopWar more than a million each. (1.18 Mln). #RussiaUkraineConflict counted 500,000 and #worldwar3 300,000.

In many countries, the most used hashtag yesterday was #Ukraine, often followed in second place by #Russia.

In practice, hashtags related to the war in Ukraine literally dominated the discussions on Twitter yesterday, leaving very little room for the others.

In particular, there was a real explosion of tweets related to these hashtags, starting from the night between 23 and 24 February.

It is worth noting that the trends also changed during the course of the day.

Evolution over the course of the day

In the evening, after Biden’s speech, #SWIFT also appeared among the most used hashtags.

No hashtag dedicated to financial markets or cryptocurrencies ever made it into the top 10, not even #Bitcoin despite the 12% price drop and subsequent recovery.

Among the most tweeted hashtags throughout the day were several dedicated to the hypothesis of the outbreak of World War III, or simply to the ongoing war.

It is very likely that at the heart of this dynamic is a trivial fear of being involved in a new, large-scale war, which could go far beyond the borders of Ukraine or Russia.

This concern seems to have taken absolute precedence over all others, including financial ones. The curious thing is that the negative effects on the financial markets have been there, have turned out to be decidedly concrete, and have affected investors more or less all over the world, while the direct negative effects of the war have not. Evidently, the future is even scarier than the present.

The post War in Ukraine: social media in flames appeared first on cryptodailynews24.com.