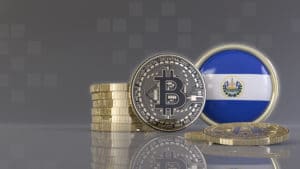 US and El Salvador clash over Bitcoin legal tender

The President of El Salvador, Nayib Bukele, has responded with a harsh tweet to the United States, which has been accused of interfering with the decision taken by the Central American state in September to adopt Bitcoin as legal tender.

You have 0 jurisdiction on a sovereign and independent nation.

We are not your colony, your back yard or your front yard.

Stay out of our internal affairs.

Don’t try to control something you can’t control

The harsh controversy is said to have originated from the decision of US Senators Jim Risch, Bill Cassidy and Bob Menendez, who presented a bipartisan bill in the US Senate on 16 February that calls for a report by the State Department on El Salvador’s adoption of Bitcoin and the risks this decision may pose to US and international finance.

the senators said in a statement.

The fear of the senators is that El Salvador‘s decision could have negative repercussions on the US dollar, weakening the power in US hands due to the strength of the dollar as an international trading currency, and could favour criminal organizations.

The decision of the three US senators follows just a few days after the International Monetary Fund warned El Salvador in January to abandon the adoption of Bitcoin as legal tender because it could have dangerous implications for the country’s financial situation.

The big drop in Bitcoin prices would have put the country at high risk, considering that it holds at least 1,801 Bitcoin, according to Bloomberg, worth about $66 million as of 25 January, or 2% of the country’s listed reserves in 2020.

El Salvador is one of the poorest countries in the world with a very high public debt, around 84% of its GDP, and the adoption of Bitcoin has only worsened the country’s financial situation.

Ten days ago, the US rating agency Fitch downgraded the country’s debt rating from B- to CCC precisely because of the instability caused by the adoption of Bitcoin.

In January 2023, an $800 million eurobond will mature. The price of El Salvador‘s debt plummeted to 35 cents in January from 75 cents last year.

But on the debt the Salvadoran authorities seem not to have excessive concerns:

In May, the country applied for a $1.3 billion loan from the IMF, but it looks increasingly unlikely that the loan will be approved if the country continues to move forward with its Bitcoin-related projects.

The post US and El Salvador clash over Bitcoin legal tender appeared first on cryptodailynews24.com.