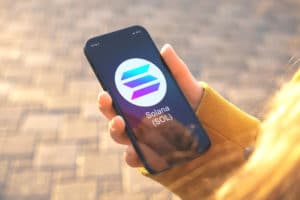 Slope Finance is a startup that has developed a wallet for Solana’s blockchain.

The funds raised will be used to expand the team in the US, where Slope opened its first office a month ago, and to acquire new users.

The team will also soon announce more details about other ongoing projects, partnerships and developments, including a new mobile product.

“We are excited to support Slope’s mission to provide a seamless, cross-platform experience for users to engage with Solana’s DeFi, NFT and gaming ecosystems”.

Slope’s wallet is cross-platform, providing access to Solana Pay. It enables the use of tokens in decentralized finance (DeFi), the management of non-fungible tokens (NFT), exchanges and transfers of tokens from one blockchain to another.

It was only launched in September last year, but has already been downloaded 1 million times with 850,000 monthly active users at Apple’s App Store, Google Play and on its Chrome extension.

Its main competitors in the Solana ecosystem are Solitare Solflare and Phantom. The latter raised an impressive $109 million last month, reaching a total valuation of $1.2 billion. Phantom seems to dominate this sector with 90% of the wallet market share for Solana.

There is currently almost $7 billion in DeFi protocols on Solana’s blockchain. This makes it the sixth largest blockchain in the world in this respect, albeit distant from the top four, and far inferior to Ethereum.

It is worth noting, that in this respect Solana’s TVL has been declining for several months now, as it peaked on 9 November 2021 at $15 billion, which is significantly more than double what it is now. However, much of this decline is due to the decline in the value of tokens, not the number of tokens locked.

In fact, measured in SOL, the network’s native cryptocurrency, the current level of almost 80 million SOL locked is not far off the all-time record of 87 million recorded on 29 January.