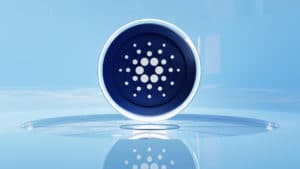 Cardano volumes and transaction are growing

The transparency of the Cardano blockchain allows monitoring volumes and transactions to get an idea of growth. In this case, we are taking a look at what is filling up the blocks of the blockchain founded by Charles Hoskinson.

Following the activation of smart contracts with the Alonzo hard fork back in September 2021, developers have been very busy and the first dApps and solutions are appearing, which in turn, attract users and transactions.

In this article, we’ll give an overview of what is being built on Cardano.

The first functioning DEX on Cardano was MuesliSwap, which went for a classic order book approach, matching buy & sell orders of the same size. MuesliSwap has also its MILK token which will soon be able to be staked to receive rewards. The team is just getting started, and many new developments are on their way.

The most anticipated decentralized exchange on Cardano was definitely SundaeSwap, which launched at the beginning of 2022. It’s a classic AMM (Automated Market Maker) DEX which relies on a selection of SPOs (Stake Pool Operators) who fit the role of Scoopers.

However, SundaeSwap’s launch wasn’t very smooth. Due to its hype, users experienced waiting times of several days before their transactions were “scooped” (processed) by the selected SPOs.

IOG (aka IOHK), who is behind the development of the Cardano blockchain, took notice and adjusted certain parameters like block size in order to alleviate the blockchain load. Today, transactions on SundaeSwap are much quicker and it’s even possible to provide liquidity and engage in yield farming, with APYs of over 100% on certain pairs.

The last DEX we’ll mention is Minswap, which we interviewed last year. Theoretically speaking, they were the very first DEX on Cardano, but they went offline pretty quickly after encountering what was referred to as a “concurrency issue”.

That obviously did not stop the team. After months of hard work, they launched on testnet and are almost ready to launch on Cardano’s mainnet. At the time of writing, their “Liquidity Bootstrapping Event” is live on mainnet and if everything goes well, March will be the month when the exchange will become effectively operational.

Another solution that has also contributed to the number of transactions is DripDropz, a token distribution system on Cardano.

DripDropz allows projects to distribute their tokens to non-custodial wallets that are staking their ADA. These tokens can be distributed according to defined conditions.

Cardano SPO [BIO] for example, who we interviewed last year, uses DripDropz to distribute their Bio Token. Bio Tokens can be “dripped” by any wallet staking to any pool, but those staking to Bio Pool can receive more of them.

Last but not least, NFTs are also contributing to the growth of Cardano.

NFTs on Cardano are celebrating their 1st birthday. Almost 1 year ago, we wrote about the launch of SpaceBudz, one of the very first NFT collections on this blockchain.

SpaceBudz went from a price of between 10 and 100 ADA during launch to a current floor price of 6100 ADA, with sales of rarer pieces reaching over 500,000 ADA.

According to cnft.tools, the top 5 projects in terms of volumes in the last 7 days amount to over 2 million ADA transacted.

Whether we’re in a crypto winter or not, this does not stop developers, who continue their efforts in building a global and decentralized financial operating system. The next step in Cardano’s roadmap is to increase its scalability, which will allow for even greater growth of volumes and transactions.

The post Cardano volumes and transaction are growing appeared first on cryptodailynews24.com.