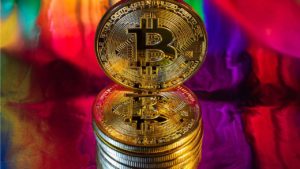 Bitcoin: sentiment turns to Extreme Fear, but its price rises

Yesterday, the price of Bitcoin seems to have given a show of strength, despite a declining sentiment.

At such a complicated time for financial markets, with major fears related to the war in Ukraine, the fact that it has rebounded cannot be dismissed as normal market fluctuation.

The news arriving from the theatre of war was – and remains – terrible, but something happened yesterday that reversed the trend.

The rise of the market

At one point, the market started to rise again, bringing the price back up to $36,000, almost as if investors had already taken their countermeasures against the possible crisis generated by the war.

In the evening, however, while US President Joe Biden was holding a press conference to explain the actions taken, the price of Bitcoin shot up to over $39,000 in less than an hour.

In the hours that followed it fell to just above the $38,000 mark, virtually the same level as Wednesday.

So yesterday it first lost 12%, and then recovered all the losses.

To be fair, something similar happened to the Nasdaq as well, so this dynamic has reasons external to Bitcoin, but the Nasdaq’s rise was not as sudden, and there was no real spike.

It is possible that Bitcoin’s spike could be due to what Biden announced.

Indeed, he declared that Russian international transactions in dollars, euros, pounds and yen would be blocked. Since their currency, the ruble, is not commonly used in the rest of the world, there is a possibility that Russia will decide to use Bitcoin to circumvent these restrictions.

For now, this is only a hypothesis, but it is possible that this very hypothesis may have convinced some whales to accumulate BTC yesterday taking advantage of the particularly low prices. This may have significantly increased the buying pressure on the markets at a time when the selling pressure was waning.

The reaction of Bitcoin’s price to this slight change in sentiment, however, seems to have been too consistent to be explained in this way alone. Therefore it has been suggested that it may have had something to do with possible Russian reactions to US sanctions.

The post Bitcoin: sentiment turns to Extreme Fear, but its price rises appeared first on cryptodailynews24.com.