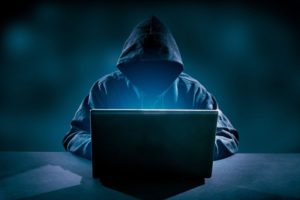 Has cyber war already broken out between Russia and Ukraine?

According to the US, a cyber war has already broken out between Russia and Ukraine.

According to Neuberger, Russia was responsible for the 15 February attack on major banks and the Ukrainian Ministry of Defence.

During the press conference, he said:

“We believe that the Russian government is responsible for widespread cyberattacks on Ukrainian banks this week. We have technical information that links the Russian Main Intelligence Directorate or GRU. GRU infrastructure was seen transmitting high volumes of communication to Ukraine based IP addresses and domains”.

Some counterparts in the UK have since also supported this theory.

It was a Distributed Denial of Service (DDoS) attack, but it was reported to have had only a limited impact in Ukraine, although some Ukrainian officials described it as the worst of its kind in the country’s history.

According to data collected by the IT security company CrowdStrike, the Internet traffic to the attacked Ukrainian websites was three orders of magnitude higher than regularly observed.

Neuberger then also stated that this attack could be followed by even more massive attacks, which would accompany a possible further invasion of Ukrainian territory by the Russian army.

The assumption is that there will be further aggressive acts by Russia against Ukraine in the coming days, also using cyber attacks.

At the moment, there is no information to suggest that cyber attacks of this kind will also be directed against US infrastructures.

The purpose of the attack

The attacks of 15 February were most probably intended to intimidate, as if to threaten to carry out even more attacks if Ukraine were to strongly oppose Russia’s decisions and actions.

This is not the first time that such attacks have occurred in Ukraine.

The post Has cyber war already broken out between Russia and Ukraine? appeared first on cryptodailynews24.com.