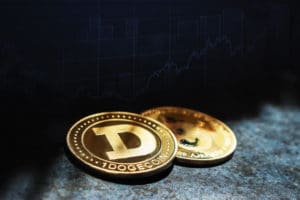 According to Finder, the price of Dogecoin (DOGE) is expected to be bullish, compared to its $0.11 value at the time of writing.

Despite the same trend, it seems that in the past the results were a little higher, such as $0.57 by 2025 and $0.92 by 2030. In fact, the present survey reports a diminished long-term outlook on DOGE’s future.

Finder’s founder, Fred Schebesta, has sided with those who attribute a much higher price growth of DOGE. According to Schebesta, Dogecoin is expected to close 2022 with a value of $0.25 to $0.30.

In addition to the numbers, Schebesta would later comment on his idea towards DOGE as follows:

“Doge is the original memecoin. This shouldn’t be underestimated in the world of cryptocurrency where breaking traditional methods for identifying value is a cherished pastime. Investors can likely sit tight knowing that while there will be more, and others will come and go, Doge will forever be the original. Perhaps it’s not unlikely to expect the market to remember that from time to time. Subscribe to the above thinking and you might find a logic that stands the test of time in what would otherwise be about as irrational an investment as you could find – even if for the ‘wrong reasons’, traditionally speaking”.

Following this, Thomson Reuters Joseph Raczynski would also share Schebesta’s idea, adding that “It will likely remain the original memecoin. It is only worth something because people want to believe in it”.

In contrast, John Hawkins, senior lecturer at the University of Canberra, and Vanessa Harris, the chief product officer at Permission are bearish on DOGE.

Hawkins argues that the price of the memecoin is influenced by Elon Musk’s tweets, which are impossible to predict and could weaken Dogecoin over time. While Harris states that memecoins are destined to lag behind. Here are her words:

“2021 was by some estimates the year of the memecoin. DOGE, SHIB and others captured the imagination of first-time crypto investors. In 2022, we will see the lustre wear off as memecoins’ lack of true utility causes investors to seek more fruitful investments. The dog coins may not survive in the top 100, but they will always have a place in our hearts for the memes and camaraderie they inspired”.

A few days ago, the infamous Elon Musk, founder of Tesla and SpaceX and the richest man in the world, announced that he has designed a futuristic drive-in Tesla restaurant in downtown Hollywood.

The real scoop is that Musk himself has stressed that he wants to accept Dogecoin (DOGE) as a method of payment in the new restaurant.

In this regard, the price of DOGE does not seem to have fluctuated much, remaining at $0.14 during the publication of the news.