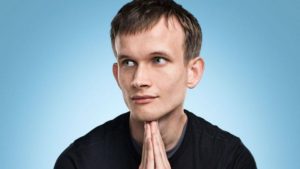 Sunday saw the conclusion of the ETHDenver festival dedicated to Ethereum, during which Vitalik Buterin was of course the undisputed star.

Among the many things that the celebrated co-founder of Ethereum said, there was one that probably didn’t please many investors and speculators.

He was talking about the “crypto winter”, or the prolonged period of price distress, and Vitalik Buterin revealed that in fact many developers welcome bearish periods. This is because too much euphoria is often generated during bull runs, which attracts too many short-term speculators, while developers need to be able to work more calmly and over the long term.

He also mentioned that crypto winters also serve to terminate less interesting projects, because only strong projects survive long bearish periods. For example, during the last crypto winter, several low-quality exchanges closed, and many projects that were once considered very promising ended up falling into oblivion – such as NEM and NEO.

“The winters are the time when a lot of those applications fall away and you can see which projects are actually long-term sustainable, like both in their models and in their teams and their people”.

Then again, there have already been two crypto winters of great duration (2014-2015 and 2018-2019), although Ethereum is a project that was born during the first of these.

Buterin also mentioned that as the spirits in the markets subside, developers can focus more on implementing new technologies and improving existing ones.

For example, although he did not mention it, Lightning Network was launched in 2018, in the middle of a crypto winter.

In particular, the main problem Ethereum developers are working on now is scalability, coupled with fee reduction.

In a situation like the current one, where there seems to be no particular pressure on developers, they can work with more calm and serenity, and this could benefit the development of ETH 2.0.

Those who have been following projects such as Ethereum, or Bitcoin, for years know very well that prices rise and fall, even a lot, but that in the end what counts is the technology and its functionality. The crypto winter will end sooner or later, while development goes on all the time, every day.